– As Wall Street Looks to Copy Bitcoin, The Department of Defense Studies it as a “Terrorist Threat” (Liberty Blitzkrieg, May 7, 2014):

Two very interesting Bitcoin related articles have emerged over the past week and demonstrate the total irrationality that surrounds the status quo’s understanding of this revolutionary and liberating technology. Let’s start with the Department of Defense story, the headlines of which most of you have probably seen by now.

A division of the U.S. military known as the Combating Terrorism Technical Support Office (CTTSO), which studies threats to national security (i.e., the status quo’s grip on power) has listed Bitcoin amongst a number of potential terrorist threats. Of course, as I and many others have noted repeatedly, anything which threatens the prevailing criminal status quo will be merely labeled a “terrorist threat” in order to neutralize it. Just in case you aren’t yet convinced of how insane the folks at CTTSO are, “also on the CTTSO’s list of terrorism research topics were Android, Motorola, social media and virtual reality.” What has happened to this country…

After attracting attention from law enforcement, financial regulators and old-school Wall Street investors, bitcoin is now on the U.S. military’s radar as a possible terrorist threat.

Friday was the deadline for submissions to a counterterrorism program seeking vendors to help the military understand state-of-the-art technologies that may pose threats to national security, and “bitcoin” and “virtual currencies” are listed among them.

The program is being conducted by the Combating Terrorism Technical Support Office, a division of the Department of Defense that identifies and develops counterterrorism abilities and investigates irregular warfare and evolving threats.

An unclassified memo from January unearthed by Bitcoin Magazine detailed solicitations for CTTSO projects. The memo states that one of the mission requirements is for “innovative…solutions to develop and/or enhance new concepts and constructs for understanding the role of virtual currencies” in financing threats against the United States.

A Treasury Department investigation said in March that it found no evidence of “widespread” use of virtual currencies like bitcoin to finance terrorism. Still, it’s clear that nefarious individuals have recognized the potential to use bitcoin for harm.

Ok so they have no proof whatsoever that Bitcoin has anything to do with terrorism, but what the hell let’s just demonize it anyway! I’m just waiting for the witch burning ceremonies to commence on the National Mall.

There you have it. Peer-to-peer technology=terrorism.

Moving along, Bloomberg published an article this morning talking about how Wall Street won’t use Bitcoin, but will try to rip off the technology. This shouldn’t surprise anyone, as the only advancement we have seen in the financial services industry in decades is an explosion in creative ways to commit fraud and not get in trouble for it. After all, when you are an industry with zero creative talent what are you supposed to do. You lie, steal, cheat and pay off politicians in Washington D.C..

While Jamie Dimon and Warren Buffett express doubts about bitcoin, executives running the financial industry’s back offices are looking at mimicking the virtual currency’s methods of moving money quickly and cheaply.

FIS, a provider of systems used by banks to handle payments, is examining whether a public ledger like bitcoin’s could help securely move funds on existing networks, Fred Brothers, the firm’s chief innovation officer, said in an interview. Fiserv Inc., a provider of technology for payments and accounts, is examining bitcoin’s use of encryption to ensure transfers are secure, said Marc West, a senior vice president.

Such interest shows how Wall Street could seek to reap benefits touted by bitcoin’s backers without using the virtual currency itself. Bitcoin, proposed by an anonymous programmer or programmers in 2008, has drawn entrepreneurs and retailers looking to popularize it as a low-cost alternative to established payment systems, supplanting credit cards to international wire transfers. Instead, a variety of financial firms might copy its underlying design to hone their own systems or services sold to clients.

Let me guess, once the big banks start using the technology it will suddenly cease to be a “terrorist threat” and will morph into a breakthrough banking technology.

“It’s safe to say that every bank is looking at what’s going on with bitcoin and those types of technologies,” said Steve Kenneally, a vice president at the American Bankers Association. “Most of the larger banks are investigating it. The larger the banks, the further along they are.”

Oh boy, more on this later…

Wedbush is examining the potential use of systems akin to bitcoin for interbank money transfers, said Luria, who oversees the effort. Such technologies include Ripple, a bitcoin-like system that completes transactions faster.

I wrote a detailed post describing Ripple, the pros and the cons earlier this year. In case you missed it: What is Payment Protocol “Ripple” and How Does it Allow for Physically Backed Digital Gold Currency Exchange.

“What banks are looking at is updating the technology they already have — using the rails that they have in a more efficient, faster manner through modifying existing payment systems,” Whaley said.

How can the financial services industry be seen as anything more than extremely well paid parasites.

Now let’s get back to those Charlie Munger comments. For those of you unaware, Munger is Warren Buffett’s right hand man, and he made headlines in 2012 when he stated only Jews in Nazi Germany before being thrown on a train to a concentration camp have any reason to buy gold. I’m starting to think that Munger is actually Uncle Warren’s evil alter-ego. That Munger spews what Buffett actually thinks but can’t say himself since he needs to keep his cutesy grandfather routine going.

I also find it interesting how Munger seems so obsessed with the word “rat.” Recall, he recently described slammed HFT as “rats in a granary.” Lots of rat imagery happening in this creepy old man’s mind. You have to wonder why… 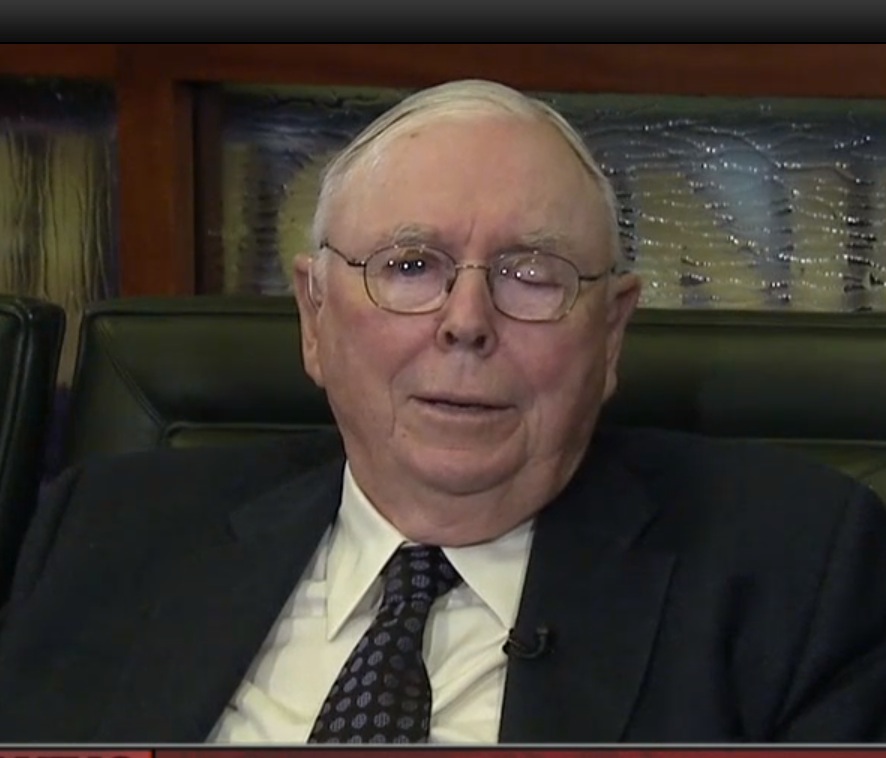 2 thoughts on “Pentagon To Study Bitcoin As A ‘Terrorist Threat’”