Less than two short weeks ago, the US sent their first warship into The Black Sea to “reassure NATO allies and Black Sea partners.” Since then, thing shave escalated and then de-escalated last week with the so-called “truce deal.” So why is the US sending a second ship? The Oliver Hazard Perry-class frigate USS Taylor (FFG 50), homeported in Mayport, Fla., will enter the Black Sea April 22 to “promote peace and stability in the region.” We are sure that Putin will stand idly by and watch as NATO and the US build forces on his borders, but no matter how aggressive his response, the US Navy combat dolphin and sea lion team will not accompany the mission.

The Oliver Hazard Perry-class frigate USS Taylor (FFG 50), homeported in Mayport, Fla., will enter the Black Sea April 22 to promote peace and stability in the region. 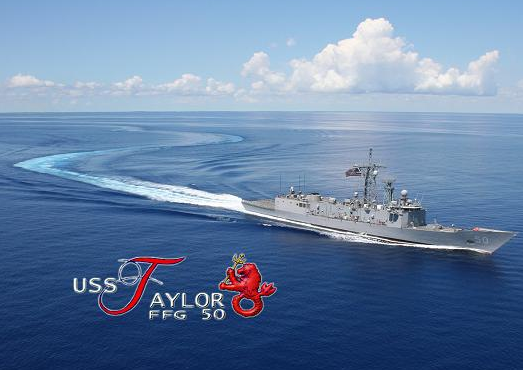 The U.S. Navy routinely operates ships in the Black Sea consistent with the Montreux Convention and International Law. Taylor’s mission is to reassure NATO allies of the U.S. Navy’s commitment to strengthen and improve interoperability while working toward mutual goals in the region.

Taylor recently completed repairs at Naval Support Activity Souda Bay, Greece. After a round of sea trials that measured the vessel’s performance, general seaworthiness, speed and maneuverability, she has now resumed her operations.

Taylor is deployed in a multi-mission role in the U.S. 6th Fleet area of operations to contribute to regional maritime security, conduct bilateral and multilateral training missions, and to support NATO operations and deployments throughout the region.

We are sure Putin will simply watch and not respond in any way as this happens, but as The Guardian reports,

However ominously martial Russia’s actions toward Ukraine have become, the next combatants in the crisis will not be the US navy’s fleet of dolphins. 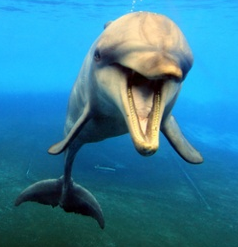 Yes, the navy trains and keeps dolphins, whose powerful innate echolocation abilities help sailors spot suspicious undersea objects that might be mines. The marine mammal enlistees are the aquatic equivalent of the dogs, whose sophisticated sense of smell has aided US soldiers in the hunt for homemade insurgent bombs on land.

But, contrary to reports, the dolphins are not accompanying the USS Donald Cook to the Black Sea.

Russia’s Izvestia newspaper recently asserted that a team of US dolphins had formed a maritime security perimeter around the Cook, a guided missile destroyer the US recently sent to international waters near Ukraine.

Last week, Russian fighter jets passed over the warship in a move the Pentagon considered a provocation, but it is unclear what the dolphins would have done to confront Russian airpower.

The question is moot, since, according to the navy, the dolphins were never alongside the Cook in the first place.

“There is no truth to this report,” said Lieutenant Commander Katie Cerezo, a navy spokeswoman.

The dolphins and sea lions are rarely deployed. In addition to worldwide demonstrations and exhibitions, the vast majority of actual naval dolphin operations are conducted in US harbors and ports, said Ed Budzyna, a spokesman for the naval marine mammal program.

“As far as being deployed to other regions and areas, that doesn’t really happen,” Budzyna said. “I don’t believe they were ever at the Black Sea.” 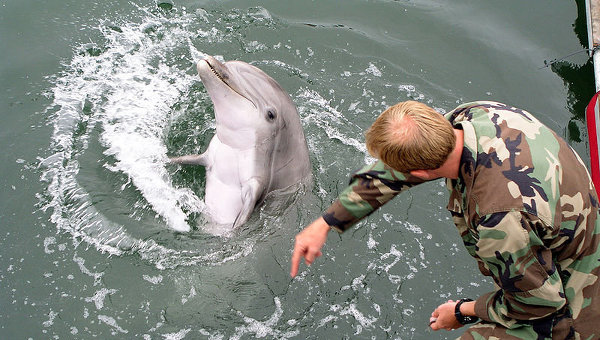 The paper, citing a spokesman for the US Navy’s marine mammals program, said some 20 dolphins and 10 sea lions will participate in exercises.

The exercises will test new equipment designed to “disorient enemy sonars, while sea lions and dolphins are looking for mines and military divers,” the newspaper wrote.

The exercises will be held under the marine mammals’ training program, which trains animals to protect ships and harbors and detect mines.

“In addition, we plan to test new armor for dolphins developed by a specialized research center based in the University of Hawaii,” the newspaper said, citing spokesman Tom LaPuzza.

The animals are to be airlifted to Ukraine. This will be the first NATO drill to involve military dolphins. The US military now has more than 100 bottlenose dolphins, California sea lions and beluga whales, according to LaPuzza.

The exercises are planned to last no longer than two weeks. Under an international agreement, the maximum permitted duration of stay for countries that do not have access to the Black Sea is 21 days.

It was previously announced that Russia will also use dolphins in its Black Sea navy missions. Military dolphins and sea lions that were undergoing training for the Ukrainian Navy before the Crimean Peninsula was reunited with Russia last month have been transferred to the Russian Navy.