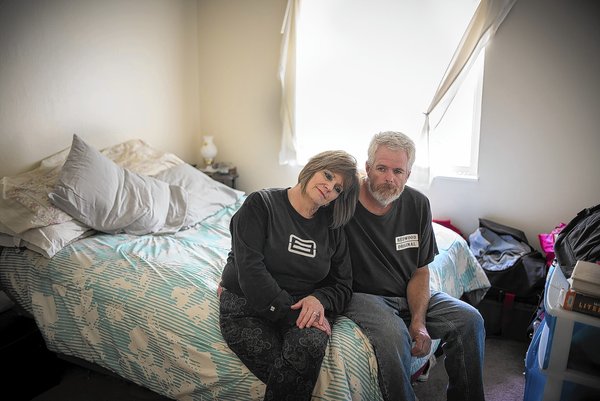 In the latest indication of just how strong the US “recovery” is, we find that the number of Californians 50 to 64 who live in their parents’ homes has surged in recent years, which as the LA Times less than sarcastically adds, reflects “the grim economic aftermath of the Great Recession.” Wait, don’t they mean the great recovery? Because isn’t the S&P just 10 points from its all time closing high? Maybe all those middle-age Californians are merely seeking their comfort (and spare bedrooms) of their parents so they can all use the family E-trade terminal together.

But since everyone knows the latest handout to the population by the administration is ObamaTrade in which everyone gets $100,000 to BTFATH, we know that is not the case, so surely the LA Times is joking.

Here are the details – “for seven years through 2012, the number of Californians aged 50 to 64 who live in their parents’ homes swelled 67.6% to about 194,000, according to the UCLA Center for Health Policy Research and the Insight Center for Community Economic Development. Many more young adults live with their parents than those in their 50s and early 60s live with theirs. Among 18- to 29-year-olds, 1.6 million Californians have taken up residence in their childhood bedrooms, according to the data. Though that’s a 33% jump from 2006, the pace is half that of the 50 to 64 age group.“

Here, once again, we run into the lack of that R(ecovery) word again:

The jump is almost exclusively the result of financial hardship caused by the recession rather than for other reasons, such as the need to care for aging parents, said Steven P. Wallace, a UCLA professor of public health who crunched the data.

“The numbers are pretty amazing,” Wallace said. “It’s an age group that you normally think of as pretty financially stable. They’re mid-career. They may be thinking ahead toward retirement. They’ve got a nest egg going. And then all of a sudden you see this huge push back into their parents’ homes.”

Hmmm, if it’s not the recovery, maybe it was the snow in the winter? After all that explained all the bad economic data in the past 3-6 months. Surely the polar vortex is the reason for all this renewed family circle “warmth?”

The surge in middle-aged people moving in with parents reflects the grim economic reality that has taken hold in the aftermath of the Great Recession.

Long-term unemployment is especially acute for older people. The number of Americans 55 and older who have been out of work for a year or more was 617,000 at the end of December, a fivefold jump from the end of 2007 when the recession hit, according to the Bureau of Labor Statistics.

As with Rohr, those in their 50s move in only as a last resort. Many have exhausted savings. Some have jobs but can’t shoulder soaring rents in areas such as Los Angeles or San Francisco.

Whatever the cause, moving in with Mom and Dad exacts a bruising emotional toll. Even asking to move the family in was difficult for Rohr.

Maybe not. Actually, in retrospect, maybe there was no recovery at all. Maybe the Second Great Depression – when one ignores the HFT-rigged and Fed-manipulated market hitting daily all time highs – has just been getting worse and worse.

Jenny Chung Mejia knows how tough it can be. As a public policy consultant at the Insight Center for Community Economic Development in Los Angeles, she helps people and communities regain their economic health.

“It’s unexpected vulnerability at this point in your life,” she said. “When you’re supposed to be the provider, sort of the rock for yourself and your family and maybe your parents, the table just gets turned on you and the rug gets pulled out from under you.”

That’s what happened to Janine Rosales, who moved into her mother’s San Francisco home two years ago after a career of mostly low-paying jobs left her unable to afford the city’s towering rents.

For Rosales, 53, it represented a personal defeat, an unofficial marker of unmet goals in life.

“I sit here sometimes and I see baby pictures of myself and my teenage years and remember all the dreams I had,” Rosales said. “I never thought I’d end up where I am.“

Fear not Rosales: every personal defeat and failure in life can be quickly converted into a win, if only on paper – just remember to BTFATH, and failing that, BTFD. The same goes for your parents:

The situation is also trying on elderly parents.

They feel the anxiety afflicting their children. Aging people on fixed incomes also worry that the extra money they spend on utilities or food will drain their own limited retirement savings.

“When I use up all of my money, who’s going to help me?” said Rohr’s mother, Penny Goulart.

Well, there’s always Aunt Janet, and all those activisit who made billions in the past two months buying calls on a stock they knew would be acquired.

Rohr is applying frantically for jobs. She’s willing to do anything but has had no luck.

Or not. Still, remember to smile, because it will only get worse beofre it gets much worse. Some context: “About half of all Italians between 24 and 35 still live with their parents, compared with 14% in the U.S.” … All coming to America’s “recovery” next.