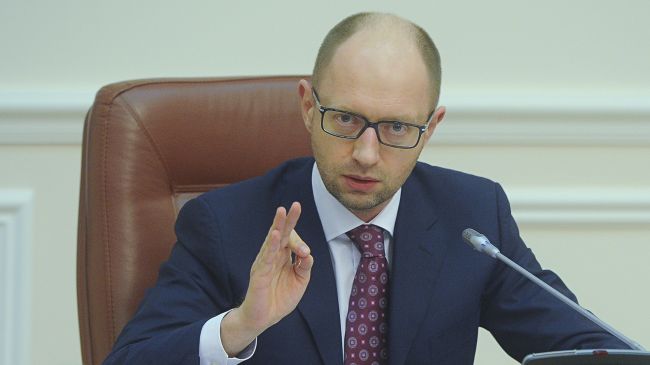 The Ukrainian acting prime minister says his country needs to be militarily and economically supported from the United States in its standoff with Russia.

“We need a strong and solid state. We need financial and economic support. We need to modernize our security and military forces. We need the real support,” said Arseniy Yatsenyuk while appearing on NBC’s “Meet the Press” on Sunday.

He made the remarks ahead of a visit by US Vice President Joe Biden to Ukraine this week.

Accusing the Russian President of undermining global stability and nuclear nonproliferation efforts, Yatsenyuk claimed Moscow is now not only a threat to Ukraine and the EU and but the world.

“How can you stop the nuclear-powered state, which is Russian Federation, that spent billions of dollars to modernize their military instead of Ukraine?” he asked.

The Ukrainian premier added that Kiev in addition to financial and economic support needs US help to renovate its military.

“We need to be in very good shape in order to stop Russia.  And for this shape, we need to have and to get the real support from our Western partners.” “We need financial, economic support.  We need to modernize Ukrainian military and to overhaul all structures of Ukrainian defense system.”

3 thoughts on “Ukraine Calls For US Military Support”