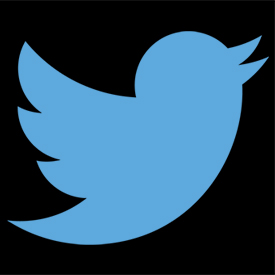 Twitter has a ton of users, right? Around 974 million, to be a bit more precise. However, just because a person has taken the time to make a Twitter account doesn’t necessarily mean they’ve used it. And according to the latest stats from Twopcharts, a third-party site that monitors Twitter activity, a surprisingly high number of people have done just that: Made an account and abandoned Twitter forever.

Just how many? According to the site, approximately 44 percent of Twitter’s 947 million accounts or so have never sent a single tweet. Of the number that have — approximately 550 million — just under half of these accounts are reported to have sent their last tweet more than one year ago (43 percent). Only 126 million have sent any kind of tweet at any point in the past 30 days.

Twitter is not commenting on Twopcharts’ data, saying only that the company doesn’t talk about third-party data related to its service. Twitter representatives are fairly famous for not discussing this “dark pool” count – the number of inactive accounts that exist on the service, which includes those who have never done anything as well as those who came, tried Twitter out, and left some time ago.

Just check out Twitter’s earnings call this past February:

“Just a quick follow-up, Dick. How many – can you give us a sense as to how many people come on the platform, tried Twitter and then leave because they couldn’t curate a good enough feed or for any other reason? Because that seems to be the problem that you’re trying to address,” asked Bernstein Research analyst Carlos Kirjner on the call.

“Yes. We’re not going to speak specifically to the – to any specific numbers of new user retention or so forth,” replied Twitter CEO Dick Costolo.

What Twitter has said, however, is that the service had a count of 241 million average monthly active users as of December 31 last year – a 30 percent increase over the same time period one year prior. That’s a wee bit different than Twopcharts’ stats, but we don’t exactly know what Twitter is measuring as a “monthly active user,” hence the discrepancy. Twopcharts is just looking at accounts that send tweets, not any other activity related to Twitter (logging in and reading tweets, but not sending anything, to name one example).

According to Twopcharts’ data, there are approximately 391 million Twitter accounts with 0 followers. Just over 232 million or so haven’t followed a single user themselves.

1 thought on “44 Percent Of Twitter Accounts Have Never Tweeted”