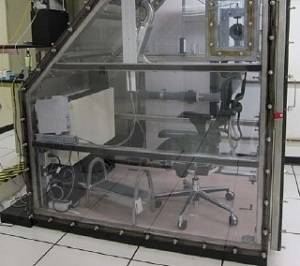 The U.S. government intentionally subjected children and adults to bizarre medical experiments that required them to inhale diesel pollutants known to contain cancer-causing chemicals. The experiments involved collecting diesel fumes from idling diesel trucks, then piping those fumes into enclosed chambers where U.S. test subjects were required to breathe them for hours at a time.

The EPA conducted these experiments on children and sick people(1), specifically choosing test subjects with metabolic syndrome and asthma, then securing them in bizarre “pollution containment rooms” to make sure they inhaled the cancer-causing particles. (See photo below.)

Even worse, the EPA has openly admitted, in a now-public document detailing these bizarre medical experiments on humans, that it conducted these human experiments for the last decade:

That same document describes the cancer-causing risks of diesel exhaust particles as follows:

The document then goes on to justify this by saying a person would experience similar pollution levels by visiting Los Angeles.

Here’s a photo of one of the EPA’s “pollution experiment chambers” in which U.S. test subjects are required to sit and inhale cancer-causing chemicals: 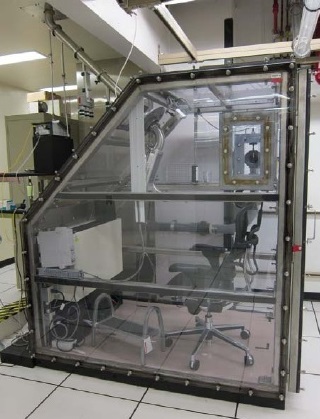 The whistleblower credited with unearthing this horrifying case of government malfeasance is none other than Steven Milloy of JunkScience.com, a website known for breaking news about the U.S. government’s junk environmental science.

As a whistleblower myself, I admire the work of Mr. Milloy, and I truly understand the kind of personal risk it takes to blow the whistle on unethical, criminal corruption and misconduct at the highest levels of government.

What’s even more amazing in all this — and here’s the real story behind the story — is that Steven Milloy went out of his way to try to garner the attention of deans of prominent medical schools, only to find out they all tried to sweep the scandal under the rug!

Read this astonishing post at JunkScience.com to see what I’m talking about. In it, Milloy reveals how government employees, academic institutions and medical school authorities were all complicit in trying to bury this story:

They exonerated the 3 physicians involved in Human testing in short order–probably a board record for speed.

We asked the Dean and Institutional Review Board to review, no response, no action taken.

I wrote to every Medical School Deans at the schools identified by the EPA officials as conducting Human Exposure experiments asking them to stop the experiments and investigate the lack of informed consent and the violation of ethics.

Early on we asked for a US EPA OIG investigation. The early response was a yawn.

I then wrote to the Congress physicians and added the declarations by the EPA officials, linked hereunder that implicated them in unethical experiments, again, no response.

In summarizing the astonishing complicity, he then writes:

So now the list of miscreants and those complicit is longer and longer:

• Deans of the 10 Medical Schools and their institutional Review Boards

• Faculty of Medical Schools who are many times EPA employees, who do the research.

• The Editor of EHP (Environmental Health Perspectives) and peer reviewers who should have reported the misconduct.

• The US EPA Inspector General and his staff.

What Milloy has uncovered in all this is, by definition, a massive conspiracy to defraud the public and commit serious ethical offenses against the American people. And it’s all being done by the EPA, the very agency that claims to be protecting people from pollution! (“We’re from the EPA. Here, suck on some diesel fumes!”)

What Milloy has really uncovered here is a massive, large-scale cover-up that even involves the state medical board of Michigan.

Read some of the names of the EPA and medical school people who have conspired to commit these heinous medical experiments on U.S. citizens:

(By the way, as a personal note in all this, the vaccine industry commits far worse crimes against children in global vaccine medical experiments. Case in point: Pfizer’s criminal misconduct that killed children in Nigeria, or the massive felony bribery schemes pulled off by GlaxoSmithKline to pad the pockets of U.S. doctors who peddled their pills.)

Next photo: A diagram showing how the EPA’s pollution experiments worked:

No doubt some company with “special” ties to the White House probably has a $1,000-an-hour contract to idle their diesel trucks in the name of science, too.

People like Steven Milloy are true American heroes, and all of us who are science-based whistleblowers are having an unprecedented impact at shaping public awareness about these issues.

Like it or not, we are all now living in the age of the whistleblower. Case in point: Edward Snowden. Of course, Snowden had the cooperation of much of the media. People like Steven Milloy (or even myself) rarely get the media to back us up; largely because we are often blowing the whistle on government corruption that places human lives at risk.

I especially like how Milloy points out the Nuremburg Code and how the EPA violates this incredibly important agreement put in place by the free world following the horrific era of Nazi medical experiments on Jewish prisoners:

The Nuremberg Code (which was adopted by California) prohibits harmful, certainly lethal, human experiments except exceptions and emphasizes the importance of freely given consent. [Yet] there are two California Medical Schools performing human experimentation exposing subjects to small particle air pollution — USC and UCLA.

In the posts on JunkScience.com, Milloy even speaks of the kind of philosophy that drives his work (and also the work here at Natural News, by the way), saying:

Fortitude enables the other virtues; unfortunately government employees and politicians are too often bereft of fortitude… in an administrative tyrannical state that squashes liberty and independent thought and speech.

The principle that Milloy is driving home here is one that all Natural News readers should take to heart: it is NEVER okay for a government to conduct human medical experiments that expose test subjects to cancer-causing pollutants.

Any government that does so is a dangerous regime that devalues human life. And just as we already saw in the history of the Nazi regime, the abandonment of value for life is merely the first step toward genocide. (Throughout world history, governments have repeatedly committed genocide in the name of religion or science.)

As a relevant point here, Natural News readers have long known me as an advocate of the natural health industry, but over the last six months they’ve seen me become increasingly critical of the scams and deceit found in certain sectors of the natural products industry.

As much as I advocate nutrition, superfoods and the prevention of disease, I am also completely fed up with con artists, scammers, hucksters and criminals who seem to exist in every industry imaginable… including certain sectors of the natural health industry.

Like Milloy, I’m going to keep blowing the whistle on science fraud and medical scams, regardless of who gets named in the process. The continued use of mercury in dental amalgams, for example, is a massive fraud still being perpetrated on the U.S. public by the dental industry. And yes, the American Dental Association is complicit in that fraud. Until mercury is removed from dental fillings, vaccines and medical devices, I will continue to expose those who are pushing toxic mercury onto innocent patients and causing ongoing suffering and the loss of human lives.

The guiding principle behind this work is that I value human life and I will work diligently to protect it, even in the face of extreme pressure, criticism and even threats. I believe Steven Milloy is exactly that kind of person, too, and even if we don’t fully align on all issues, he is the kind of person that I truly admire for standing his ground and fighting for truth and transparency in an age of overwhelming deceit at every level of government, academia and Big Business.

Follow Milloy’s work at www.JunkScience.com … and tell him hello from all of us here at Natural News who are fighting hard for the very same principles.