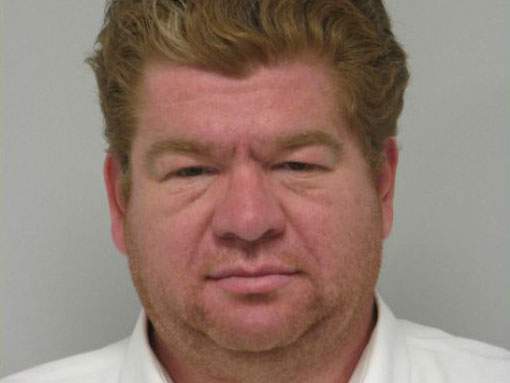 A Superior Court judge who sentenced a wealthy du Pont heir to probation for raping his 3-year-old daughter noted in her order that he “will not fare well” in prison and needed treatment instead of time behind bars, court records show.

Judge Jan Jurden’s sentencing order for Robert H. Richards IV suggested that she considered unique circumstances when deciding his punishment for fourth-degree rape. Her observation that prison life would adversely affect Richards was a rare and puzzling rationale, several criminal justice authorities in Delaware said. Some also said her view that treatment was a better idea than prison is a justification typically used when sentencing drug addicts, not child rapists.

A du Pont family heir who raped his 3-year-old daughter nearly a decade ago but received no prison time now faces a lawsuit from his former wife that accuses him of sexually abusing his toddler son.

Robert H. Richards IV, 47, who is supported by a trust fund and who paid $1.8 million for his 5,800-square-foot mansion near Winterthur Museum, pleaded guilty in 2008 to fourth-degree rape of his daughter. Currently on probation, he has never been charged with crimes against his son.

The lawsuit provides in-depth details about a child rape case that Delaware authorities never disclosed publicly and did not receive media attention.

Richards is a scion of two prominent Delaware families — the du Pont family who built the chemical empire and the Richards family who co-founded the prestigious corporate law firm Richards Layton & Finger. Du Pont family patriarch Irenee du Pont is his great grandfather. His father, Robert H. Richards III, was a partner in the law firm until his 2008 retirement.

Currently unemployed, Richards IV also lists a home in the exclusive North Shores neighborhood near Rehoboth Beach as a residence, according to the state’s sex abuse registry.

On Tuesday, nearly six years after Richards’ felony conviction, his ex-wife, Tracy Richards, filed a Superior Court lawsuit on behalf of her children seeking compensatory and punitive damages for assault, negligence, and intentional and negligent infliction of emotional distress on his two children. Abuse of the children occurred at both the Greenville and North Shores homes, the lawsuit alleged.

Tracy Richards is scheduled to appear at a news conference about the case with her lawyers at their downtown office later Tuesday. She is represented by the Jacobs & Crumplar law firm that sued the Catholic Diocese of Wilmington over sex abuse by priests and with other lawyers won a $77.4 million settlement for victims.

Richards told the girl “to keep what he had done to her a secret,” but in October 2007 she told her grandmother, who informed Tracy Richards, the lawsuit said. The girl was taken to her pediatrician, whom she told about the abuse, and New Castle County police arrested him that December.

State Attorney General Beau Biden’s office obtained a grand jury indictment charging him with two counts of second-degree rape, a Class B felony that carries a mandatory two-year prison term for each conviction. Delaware law requires a sentence of two to 25 years in prison but sentencing guidelines urge a sentence of two to five years.

Utilizing “his family’s wealth and position in the community,” Richards IV hired prominent Wilmington defense attorney Eugene J. Maurer Jr. and denied the charges, the lawsuit said. But after volunteering for and failing a polygraph examination, he admitted abusing his child, “then claimed that he was ill and that he needed medical treatment,” the lawsuit said.

In June 2008, he avoided mandatory prison time by pleading guilty to a single count of fourth-degree rape in a deal arranged by Maurer and prosecutor Renee Hrivnak, court records show. Fourth-degree rape is a Class C violent felony that under Delaware law can bring a sentence of up to 15 years in prison, but does not carry a mandatory minimum sentence. Sentencing guidelines used by judges and lawyers call for up to 30 months in prison.

Superior Court Judge Jan Jurden sentenced Richards to eight years in prison but suspended that for Level II probation, which requires monthly visits with a case officer. Jurden also ordered him to pay $4,395 to the Delaware Violent Crimes Compensation Board, records filed with the lawsuit show.

The lawsuits asserts that Roberts also admitted in April 2010, while on probation, that he sexually abused his son. Those assaults began around December 2005, when the boy was 19 months old, and continued for about two years, the lawsuit said.

The revelations allegedly came while Richards was taking a lie detector test, ordered in an attempt to get Richards to be more forthcoming about his sexual history. Richards told the examiner he “was very concerned that something happened with his son but that he has repressed the memories,’ “ He told the examiner he worried that his acts were “similar to what happened with his daughter,” the lawsuit said. “But he promised that whatever I did to my son, I will never do it again.”

That September, his probation officer informed Superior Court that during the polygraph, “the possibility of sexual contact” with his son “came to light,” according to the officer’s progress report, filed with the lawsuit.

In a 2012 progress report, another probation officer reminded the court that “there are concerns about Mr. Richards’ past offenses concerning his son.”

The proven abuse of his daughter and alleged assault of his son has caused his children “long-term injuries,” the lawsuit filed Tuesday said, perhaps including depression, post-traumatic stress disorder, sexual dysfunction and shame.

His daughter also has “repressed memories of some instances of the abuse she suffered,” and if the son was abused, the same is true with him, the suit said.

With medical treatment, the lawsuit said, those memories will likely “begin to surface.”