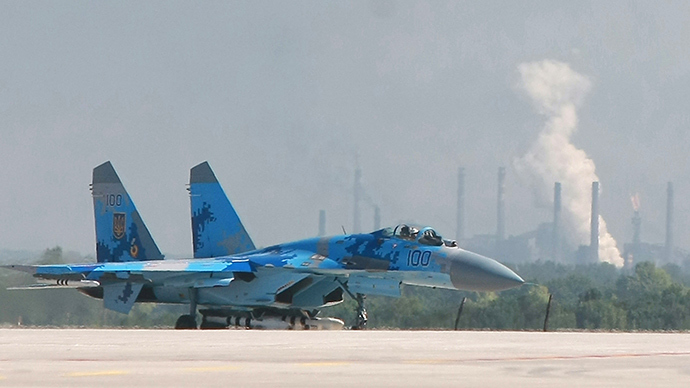 In a confidence-building step, Russia’s Defense Ministry has given permission for a surveillance flight by Ukraine over Russian territory near the border between the countries. Kiev had claimed Moscow was building up its military presence there.

“The Ukrainians have asked for an unscheduled observation flight over our territory,” Deputy Defense Minister Anatoly Antonov told reporters in Moscow.

Russia and Ukraine are entitled to surveillance flights over each other’s territories following the Open Skies treaty signed in 1992, but Antonov said that Kiev had never asked for one before, and that Moscow was “under no obligation” to allow it immediately.

“We have decided to allow such a flight. We hope that our neighbors are assured that there is no military activity that threatens them on the border.”

Antonov vehemently denied a statement Tuesday by Igor Tenyukh, defense minister for the Kiev coup-appointed government, that Russia had amassed more than 220,000 troops, 1,800 tanks and over 400 helicopters in regions adjacent to eastern Ukraine.

“Ukrainian military officials know full well that the entire [Russian] Southern and Western Military Districts put together don’t have that much equipment. The only way you could arrive at that number of soldiers would be if you counted their families,” Antonov said.

“I would dissuade Mr Tenyukh from adding fuel to the fire of the crisis, which is what he appears to be doing. He openly outlined the reasons for this himself, when he asked the Ukrainian parliament to issue him with more funding,” continued the Russian official.

Antonov added that continuing mass training exercises in eastern Ukraine, which Kiev began this week, could plunge Ukraine into even deeper turmoil.

“Staging exercises in an area that is gripped by mass protests against the new regime which came to power as a result of a coup is a risky endeavor, which could further destabilize the political situation in Ukraine,” Antonov insisted.