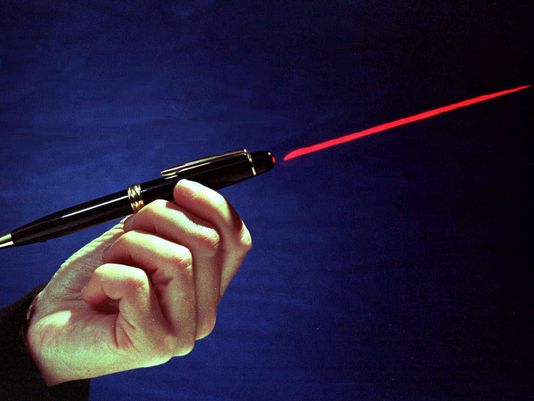 Pointing a laser at a police helicopter got a California man a 14-year prison sentence, which federal officials and pilots hope will discourage the threat to airline safety.

Sergio Rodriguez, 26, of Clovis, was sentenced Monday for pointing a laser at a Fresno police helicopter, according to U.S. Attorney Benjamin Wagner. Rodriguez and his girlfriend, Jennifer Coleman, 23, were both convicted by a federal jury after a three–day trial in December.

Laser strikes are a concern for airliners because they can temporarily blind a pilot while landing or taking off. The number of laser strikes against aircraft has climbed sharply in the last decade, reaching 3,960 incidents last year.

“This is not a game. It is dangerous, and it is a felony,” Wagner said. “Those who aim lasers at aircraft should know that we will seek to convict them, and we will seek to send them to prison. The safety of aircraft and the people in them demands no less.”

Coleman’s sentencing is scheduled May 12.