The disgusting images of face-mask-wearing Chinese going about their daily business in minimal visibility and lung-busting conditions are strewen across the interwebs. However, even fake sun-rises pale into significance when the full dismal reality of China’s pollution problem is put in context. Perhaps the following chart is why China’s latest round of reforms appear to ‘declare war on pollution’. 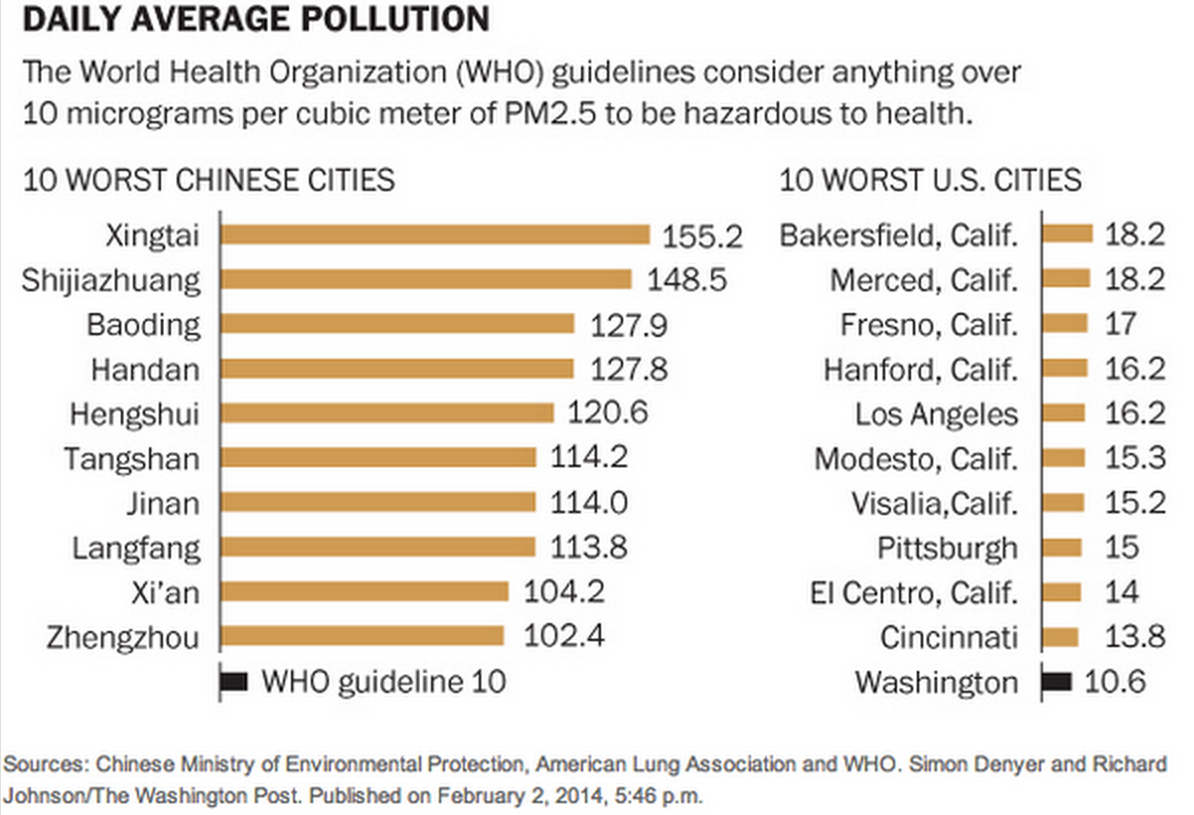 And it seems that has finally tipped the Chinese over the edge to do something about it… (via Charles Kennedy via OilPrice.com)

On March 5th China’s Premier Li Keqiang declared war on pollution, outlining significant steps the Chinese government will take to improve air quality. China has suffered from truly epic smog over the last two winters, choking its cities’ inhabitants and cutting off visibility. The pollutants in the air have surpassed hazardous levels, at times jumping beyond the index that measures particulate matter.

“We will resolutely declare war against pollution as we declared war against poverty,” Li Keqiang told the legislature, according to Reuters. The central government’s top concern has always been social stability, and the Premier’s announcement that China will take some drastic measures to improve the environment indicates that the government is beginning to worry that air pollution may spark unrest around the country.

Among the measures the government will take, Li said the government’s focus will be on reducing particulate matter (PM 2.5 and PM 10). The government will shut down 50,000 small coal-fired furnaces in 2014, and overhaul power plants in high intensity industries. China will also reduce steel production by 27 million tonnes in 2014 – equivalent to the total output of Italy. Also, the government will look at reforming energy pricing in an effort to pave the way to greater use of renewable energy and nuclear power. The government also hopes to remove six million high-emissions vehicles from the nation’s roads.

The speech comes after an announcement last month by the powerful National Development and Reform Commission (NRDC) that the government will spend $330 billion to reduce water pollution. Much of China’s agricultural land and rivers are contaminated with heavy metals.

Over the last several decades, China has succeeded in lifting hundreds of millions out of poverty, often described as the greatest achievement in poverty reduction in human history. China hopes to continue to grow, but now with a greater pro-environmental focus.

Here, as we explained previously, are the coal-mining-industry-based trust products… 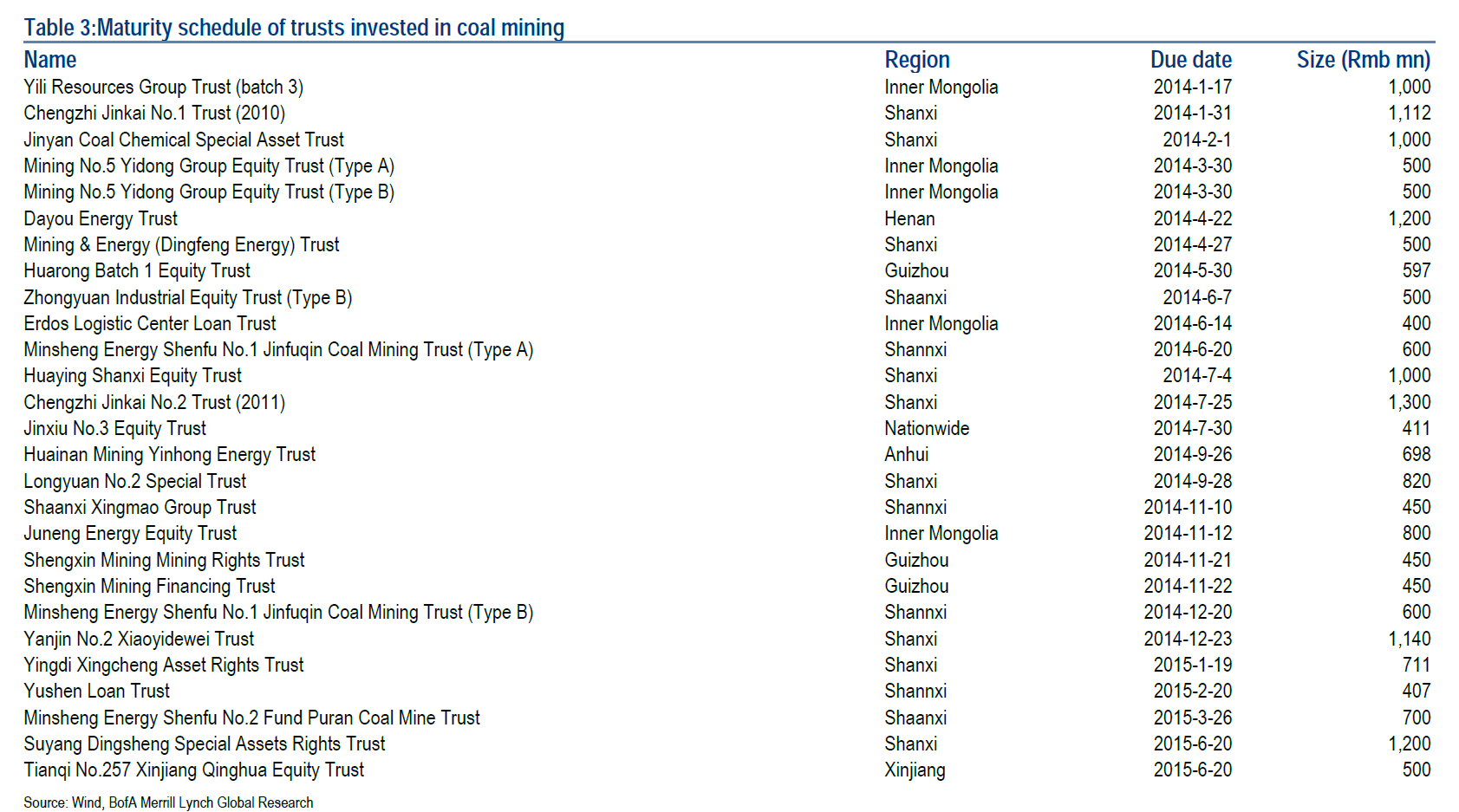 We believe that coal mine trusts are the most likely to default over the coming months because 1) coal price has dropped sharply in recent quarters; 2) most of the issuers are private enterprises; and 3) they tend to be from provinces whose governments rely heavily on resources related income, e.g., Shanxi and Inner Mongolia.