Several unconfirmed reports of two explosions being heard in Crimea’s capital, Semferopol were on the wires and now The BBC has confirmed,

A loud bang was heard about 23:10 local time (21:10 GMT), following by a smaller blast, BBC reporters in Simferopol say.

Reports vary from “didn’t hear any explosions” in Semferopol to Belbek Air Force base (In Sevastopol) is under Russian attack. Ukrainian Pravda confirms:

“Russian military, using ‘stun’ grenades, seized nearly all the buildings of the Ukrainian military in Belbek.” 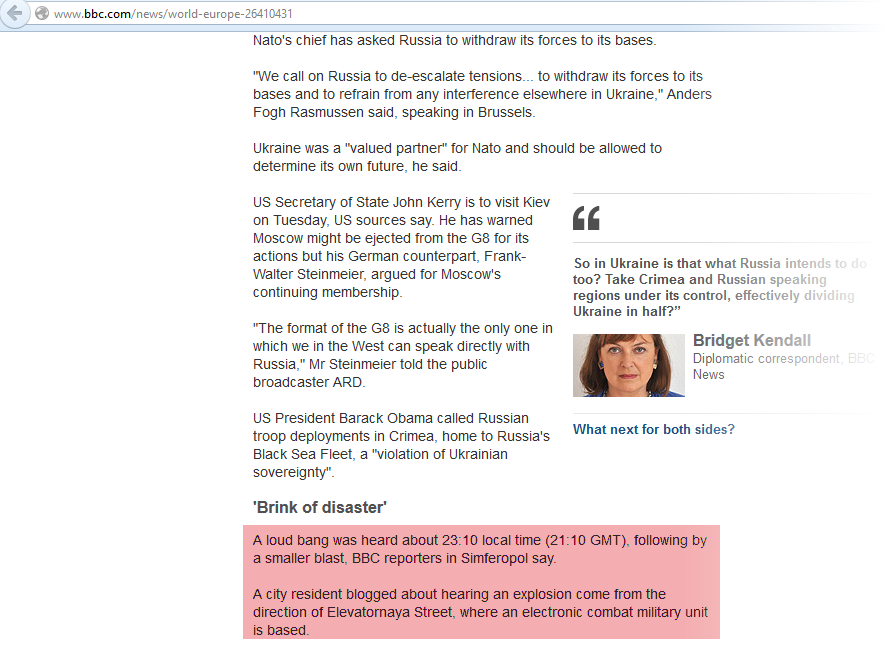 Pravda confirms Belbek was the target… 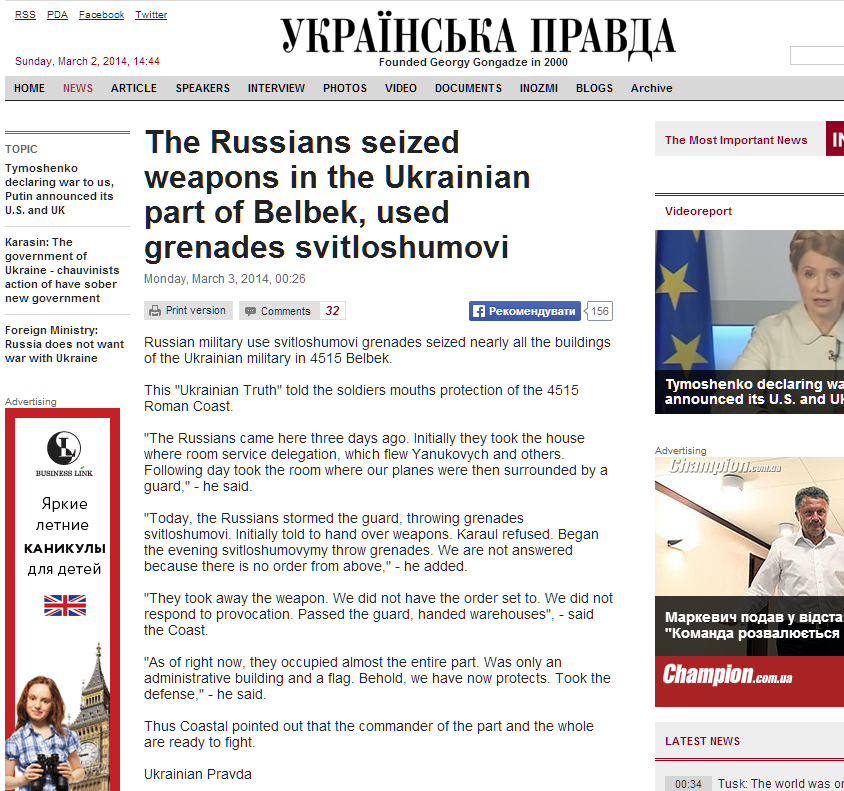 Russian military use svitloshumovi grenades seized nearly all the buildings of the Ukrainian military in 4515 Belbek.

This “Ukrainian Truth” told the soldiers mouths protection of the 4515 Roman Coast.

“The Russians came here three days ago. Initially they took the house where room service delegation, which flew Yanukovych and others. Following day took the room where our planes were then surrounded by a guard,” – he said.

“Today, the Russians stormed the guard, throwing grenades svitloshumovi. Initially told to hand over weapons. Karaul refused. Began the evening svitloshumovymy throw grenades. We are not answered because there is no order from above,” – he added.

“They took away the weapon. We did not have the order set to. We did not respond to provocation. Passed the guard, handed warehouses”, – said the Coast.

“As of right now, they occupied almost the entire part. Was only an administrative building and a flag. Behold, we have now protects. Took the defense,” – he said.

Thus Coastal pointed out that the commander of the part and the whole are ready to fight.

But reports seem confused at best…

Not heard the two reported explosions in Simferopol. @ukrpravda_news and @rykov both saying it was stun grenades. Quiet in the center