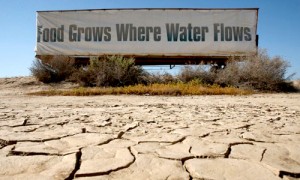 It’s raining in California, and much more is forecast before the week is out. Although it is more than welcome it doesn’t mean the drought is over, it would take much more precipitation to fill the reservoirs. The  rain that is due to fall will bring with it major problems for some residents.

The areas of Glendora and Azusa, northeast of Los Angeles it at the foot of the San Gabriel Mountains, an area that was hit by wildfires recently. 2,000 acres of trees were destroyed by the fires, and the loose ash and dried earth on the slopes where the trees once stood, make the area very prone to mud slides, some of which may contain debris such as semi-burnt tree stumps and rocks.

Mudslides have an enormous power, gaining speed as they move down the mountain.

Flowing like rivers they wipe out everything in their path and can move at speeds that give little chance of escape.

Glendora on Wednesday raised its flooding protocol alert level for a second time, urging that residents near the burn area voluntarily evacuate or prepare essentials such as medications and important papers in case a mandatory evacuation order is given.

The city provided thousands of sandbags to residents who streamed into a city yard to fill the bags and drive them away.

Sandbags were also being provided in other foothill communities along mountain ranges east and west of Los Angeles, where other fires have burned in recent years, including the area of the May 2013 Springs Fire in the Santa Monica Mountains.

The National Weather Service said light-to-moderate rain from the first storm was expected through midday Thursday.

The weather service said the second storm will be stronger and move across Southern California from late Thursday through late Saturday, reaching Los Angeles County early Friday morning with rainfall amounts ranging from 3-6 inches in the foothills, and up to 8 inches in localized areas.

Lets hope that sandbags will be enough.