“I wonder whether it may be some kind of omen.”

I’m wondering what these people have between their ears. 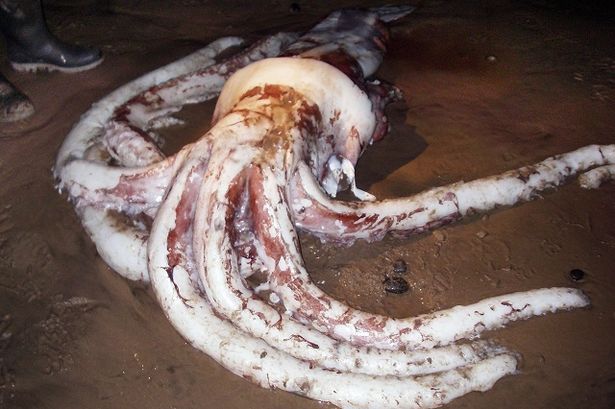 Behemoth of the seas: The giant squid

One creature was missing its two longest tentacles – which means it could have been eight metres long before it was caught.

Giant squids are being caught in increasing numbers along the coast of Japan – leading fishermen to fear it could be some kind of omen.

Several of the invertebrates have been snared in nets or washed up in beaches in the Land of the Rising Sun since the turn of the year.

One of the creatures, which was caught in a net off the town of Iwami, in Tottori Prefecture, was missing its two longest tentacles, which meant it could have been around eight metres long before it was captured.

“I had seen no giant squid before in my 15-year fishing career,” he told The Japan Times.

“I wonder whether it may be some kind of omen.”

Giant squids usually live at depths of around 600 metres where temperatures are between 6 to 10 C.

The largest giant squid ever caught was a 14 metre specimen snared off the Bahamas in 1966.

1 thought on “Japan: Increase In Number Of Giant Squid Catches Seen As ‘Omen’ By Puzzled Fishermen”