Something funny happened on the Grecovery: the Grecession…. Actually, make that the Gepression. In a nutshell – according to Elstat, Greek unemployment in November rose to a record high on both a seasonally adjusted and unadjusted basis with 28% of the labor force without a job, the number of people unemployed rose to a record high 1.382 million, even as the number of labor inactive people keeps rising, hitting 3.377 million and on its way to catch up with the rapidly declining 3.55 million people employed, which incidentally in November also posted a new record low. And tying it all together was the Greek youth unemployment rate which posted a record high for November at 61.4%, and after a few months of declines which gave some hope that things are indeed improving is back to its old, soaring ways.

Gerek youth unemployment: the latest trend is no longer your friend. 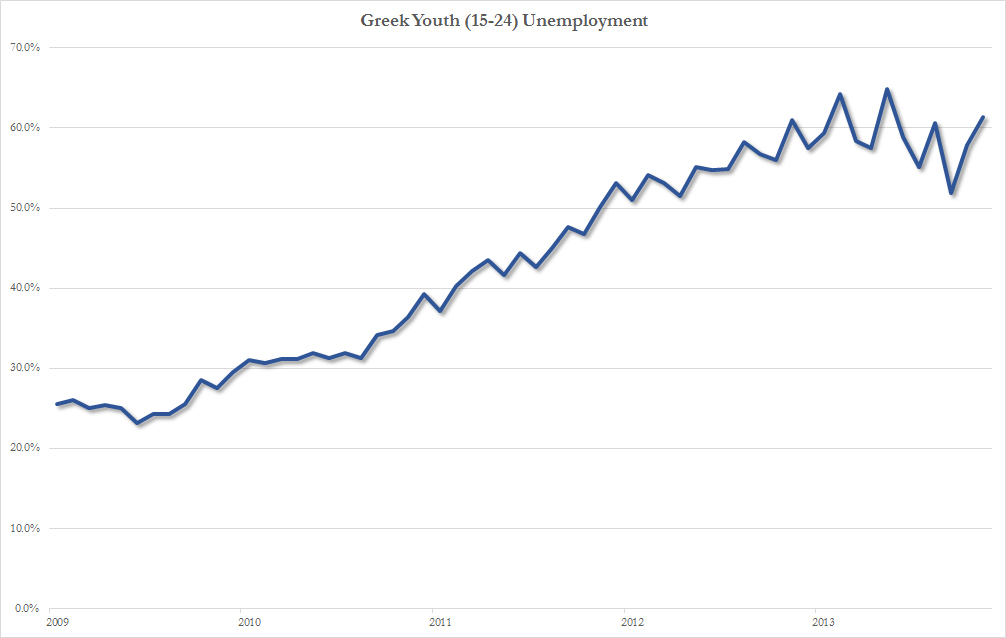