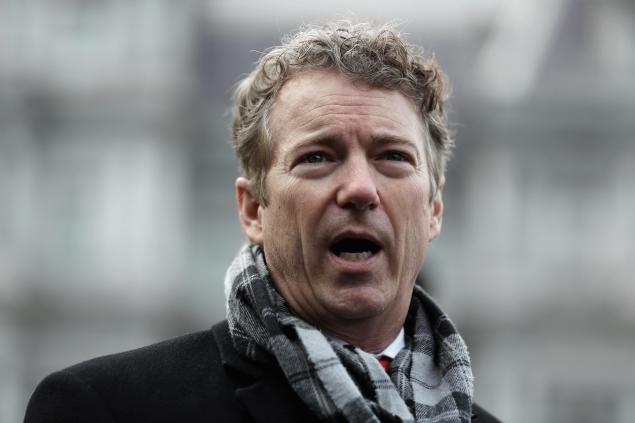 The outspoken Tea Partier filed a lawsuit on behalf of at least 350,000 plaintiffs alleging that the NSA’s bulk collection program violates the Fourth Amendment of the Constitution.

Paul’s suit, filed in conjunction with conservative group FreedomWorks, alleges that the NSA’s bulk collection program, under which the agency has collected the telephone metadata of many Americans, violates the Fourth Amendment of the Constitution, which protects against unreasonable searches.

“There’s a huge and growing swell of protest in this country of people who are outraged that their records would be taken without suspicion, without a judge’s warrant and without individualization,” Paul said Wednesday morning at a Washington press conference where he unveiled the suit.

Paul, who is widely thought to be considering a 2016 White House bid, has been promoting his intention to take legal action for weeks — a stunt many think he is using to build early support ahead of a potential presidential campaign.

The Tea Party-aligned senator has been outspoken in his criticism of the NSA for months and has repeatedly called for the end of some of the agency’s more controversial tactics.

The National Security Agency, whose headquarters in Fort Meade, Md., is shown here, has been a target of criticism since news that the organization was combing through telephone data of U.S. citizens.Sen. Rand Paul is suing President Obama over the surveillance.

But over the weekend, Paul said he was simply trying to enforce the Fourth Amendment.

On Wednesday, however the U.S. Department of Justice reiterated its belief that the program is legal.

“We remain confident that the Section 215 telephone metadata program is legal, as at least 15 judges have previously found,” a Justice representative said.

The bulk collection program, started in 2006 under President George W. Bush and authorized under Section 215 of the USA Patriot Act, combs the metadata for every phone call made in the U.S., collecting information including the number called, the number from which the call is made and the duration and time of the call.

President Obama has called for reforms to the program.

And just to make sure none of my readers will fall for just another elite puppet, …

… because we had enough of them (The Bush’s, the Clinton’s, Obama, etc.)

Those Senators are now known as the Monsanto 71. The list includes Rand Paul and Ted Cruz, both senators from agricultural states (Kentucky and Texas) where Monsanto continues to exercise heavy influence over farmers.