It may not be as sleek and intimidating as Robocop (or Skynet’s Terminator) but California-based Knightscope’s recently unveiled line of K5 robots will “predict and prevent crime with an innovative combination of hardware, software and social engagement.” While everyone from Jamba Juice to McDonalds is looking at robotizing their workforce away from minimum-wage-hike-demanding, bathroom-break-needing, healthcare-expecting, sleep-requiring humans, it seems everyone from your local mall cop to replacing police in neighborhood watch is now under threat as the automation of the American workforce moves from science fiction to science fact.

In a bid to make local communities safer and give local law enforcement agencies more tools to fight crime, California-based Knightscope recently unveiled a line of K5 robots that it believes will “predict and prevent crime with an innovative combination of hardware, software and social engagement.” 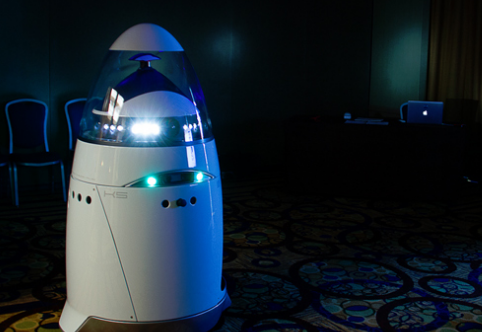 The new K5 units have a look that resembles R2-D2 from “Star Wars,” but their casual design masks a highly advanced robot that its creators hope will drastically cut down on crime. Weighing in at 300 pounds, the five-foot K5 can patrol a neighborhood and uses a built-in laser to form a 3D map of the surrounding area in 270-degree sweeps. Four built-in cameras, meanwhile, are capable of scanning up to 1,500 license plates a minute. 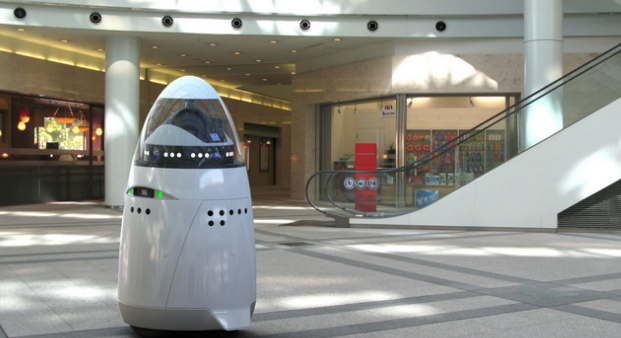 “Data collected through these sensors is processed through our predictive analytics engine, combined with existing business, government and crowdsourced social data sets, and subsequently assigned an alert level that determines when the community and the authorities should be notified of a concern,” the company’s website states.

According to Fox News, Knightscope already has multiple clients lined up to test beta versions of the K5 in 2014. Rather than sell the robots outright, the company will charge $1,000 a month for daily eight-hour shifts. Inspired to take action after 20 children were killed in the Sandy Hook Elementary School massacre, Knightscope CEO William Li is convinced that innovation in law enforcement is necessary to effectively make use of officers’ time and manpower.

“Our aim is to cut the crime rate by 50% in a geo-fenced area, which would increase housing values and safety while lowering insurance costs,” he told USA Today. “If we can do that, I think every mayor will be calling us.”

That prospect doesn’t sound comforting to everyone, however, especially civil liberties advocates wary of warrantless surveillance in light of the domestic spying done by the National Security Agency.

“These are the same concerns we’re facing with CCTV (closed-circuit television) and Google’s mapping cars. Laws need to be updated to acknowledge these technologies, and companies, in turn, need to act responsibly.”

1 thought on “Skynet Is Here (And Stealing Your Jobs)”