– May The Farce Be With You – Janet Yellen Compares Bernanke to Obi-Wan Kenobi (Liberty Blitzkrieg, Jan 31, 2014):

Just in case you had any lingering doubt about how hopelessly screwed the world’s monetary and financial system really is, all you have to do is learn that in a series of ceremonies (because that is so appropriate with a record number Americans on food stamps) celebrating Ben Bernanke in recent days incoming Fed head Janet Yellen likened Bernanke to Obi-Wan Kenobi, the wise, experienced Jedi Knight mentor to his protégé Luke Skywalker in “Star Wars” movies.

There’s nothing that makes you feel more warm and fuzzy inside than the recognition that the soon to be most powerful person in the world thinks that printing trillions of dollars and giving it to criminals at zero interest qualifies as attributes of a intergalactic Jedi Master.

On the flip-side, this right here is what 95% of Americans think of Bernanke and his criminal cartel.

Not from The Onion, but from the Wall Street Journal we learn that:

Officials held a series of ceremonies honoring Mr. Bernanke in the past few days. At a dinner Tuesday evening among senior officials, Ms. Yellen likened Mr. Bernanke to Obi-Wan Kenobi, the wise, experienced Jedi Knight mentor to his protégé Luke Skywalker in “Star Wars” movies. She jokingly imagined Mr. Bernanke advising her to trust in the Fed’s statement of objectives, a document that lays out its goals for inflation and jobs, according to someone familiar with the event.

Mr. Bernanke received a standing ovation from Fed officials at the FOMC meeting in its boardroom earlier Tuesday. And he was toasted Thursday by hundreds of Fed staff packed into an atrium at the Fed’s Eccles Building, where they were served peanuts, popcorn and crackerjacks in honor of Mr. Bernanke’s love of baseball. 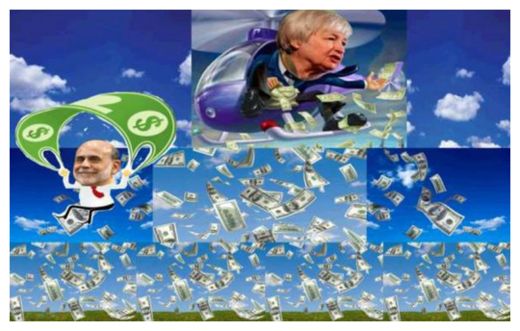