When your manufacturing industry unions kidnap their business leaders, taxes reach extremes of duress, industrial production limps lower and unemployment hits record highs; it is hardly surprising that the world is a little nervous of piling its hard-printed cash into your country. But in the case of France, data reported by the UN shows the biggest collapse in foreign direct investment ever. Figaro reports that FDI fell to EUR 5.7 billion – a drop of over 75% year-over-year – and the lowest since 1987. Ironically, Spain’s FDI rose 37% and Germany’s quadrupled… Is France an Emerging Market now? 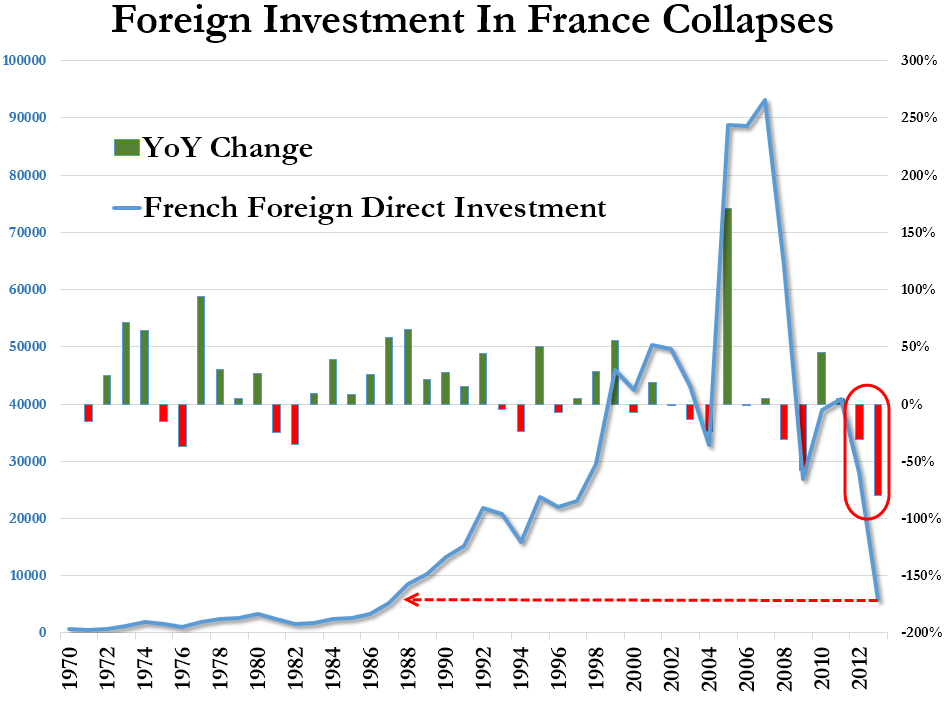