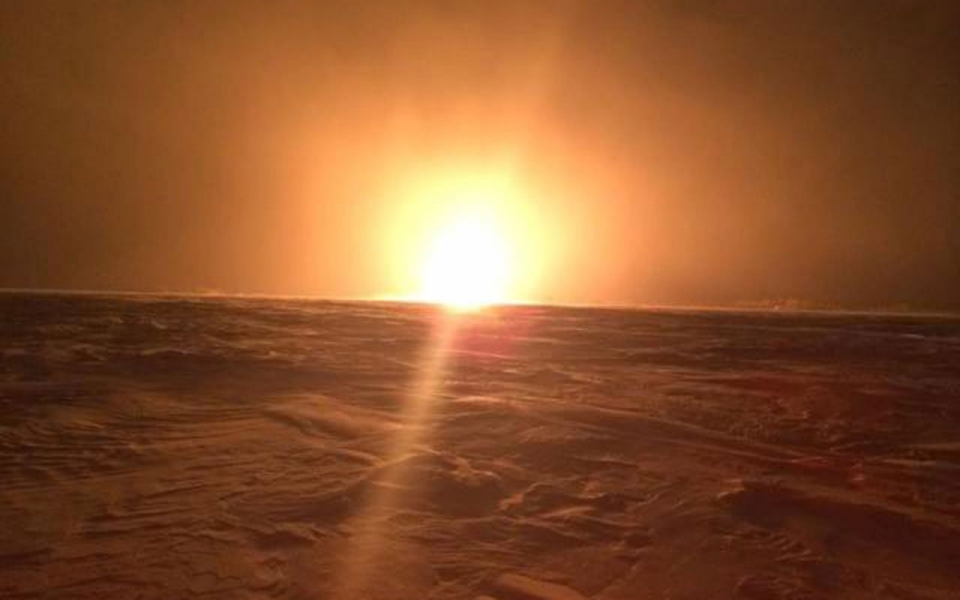 A natural gas pipeline operated by TransCanada exploded and caught fire in a rural part of western Canadan early on Saturday, putting fresh focus on the firm’s safety record ahead of a crucial White House decision over a controversial cross-border project.

The explosion happened near Otterburne, Manitoba, about 15 miles south of the provincial capital, Winnipeg. The area was evacuated as a precaution, said the National Energy Board (NEB), which oversees parts of Canada’s energy industry. No injuries were reported but the fire burned for more than 12 hours.

The explosion comes as some environmentalists are raising concern about the safety of TransCanada’s pipelines.  The company is currently making a big lobbying push to convince the U.S. government to allow TransCanada to deliver oil from Canada’s oil sands through the United States in its controversial Keystone XL pipeline.

After the explosion, pictures of balls of flames poured into Twitter and television stations.

The line was shut down and depressurized to contain the fire, the NEB said, adding it would work with the federal Transportation Safety Board to determine the cause. A TransCanada spokesman could not be immediately reached for comment.

About 4,000 residents and other customers may be without natural gas for at least a day, according to Manitoba Hydro, the provincial government-owned energy utility. Temperatures in the province are well below freezing.

“We could see these massive 200- to 300-meter high flames just shooting out of the ground and it literally sounded like a jet plane,” said resident Paul Rawluk to the Canadian Broadcasting Corp. “The police were by [Highway] 59 and you could just see little cars out there and you could see in comparison how big the flame was. It was just literally 200 to 300 metres in the air. And bright, I mean lit up the sky.”

The incident comes as the safety record of all pipeline operators face increased scrutiny as they build infrastructure across the continent for natural gas and oil. In addition to the Keystone XL, plans are under way for construction of several export terminals on the Pacific Coast, with the aim of making Canada, the world’s third largest producer of natural gas, an exporter of liquefied natural gas to Asia.

A recent Wall Street Journal review found that there were 1,400 pipeline spills and accidents in the U.S. since 2010. In September, a farmer in North Dakota found 20,000 gallons of oil from a pipeline spilled on his land.

According to the Journal review, four in every five pipeline accidents are discovered by local residents, not the companies that own the pipelines.

Canadian officials said the cause of the latest incident is under investigation.