Hundreds of dolphins are killed in a remote Japanese bay during hunting season. The town argues it is an important tradition, but conservationists maintain the bloody practice is inhumane

Japanese fisherman have begun the slaughter of hundreds of bottlenose dolphins this morning, campaigners said, amid an international outcry over the annual hunt.

Members of the Sea Shepherd Conservation Society (SSCS), which is monitoring the cull, said fisherman had begun killing the dolphins corralled into the Taiji cove earlier this week at 7.30am.

Washington and Tokyo, normally the staunchest of allies, have been drawn into an unexpected diplomatic spat over the slaughter of the mammals in the secluded cove.

Japan’s top government spokesman Yoshihide Suga, defended the controversial cull in the town of Taiji as “lawful”, swatting away criticism from the US ambassador, Caroline Kennedy.

Ms Kennedy, the only surviving child of the assassinated US President John F Kennedy, joined the chorus of global outrage this week when she said her government opposed the practice. “Deeply concerned by inhumaneness of drive hunt dolphin killing,” she tweeted, as fresh images appeared online showing apparently bloodied dolphins being herded into the cove for the slaughter, which is expected to take place today.

Conservationists say a rare albino dolphin is among about 250 of the animals thrashing behind nets overnight. “Babies and mothers will be torn from each other’s sides as some are taken for captivity, some are killed, and others are driven back out to sea to fend for themselves,” said the SSCS.

The hunts are notoriously brutal. Fishermen on boats surround pods of migrating dolphins, lower metal poles into the sea and bang them to frighten the animals and disrupt their sonar. Once the dolphins are herded into the narrow cove, the fishermen attack them with knives, before dragging them to a harbour-side warehouse for slaughter. The best-looking dolphins are separated and sold to aquariums.

Ms Kennedy’s message was translated into Japanese and retweeted thousands of times, prompting a backlash by nationalists who resent Western criticism of the cull. “Laughable,” wrote one anonymous post to an online bulletin board. “What about the atomic bombing of Hiroshima, the indiscriminate bombings of Japanese cities and US killings in the Middle East?”

Traditionalists say dolphin and whale have been eaten locally for centuries. Restaurants and shops offer dolphin and whale sashimi and blubber, along with tuna and shark-fin soup. Dolphin meat sells for around £6-£10 a pound. Some local fishermen say the cull is necessary to keep dolphins from eating too many fish.

Taiji was exposed to worldwide scrutiny four years ago in the Oscar-winning documentary The Cove, which followed a party of eco-activists as they battled fishermen and police to stop the cull. The documentary was attacked by Japanese ultra-rightists who threatened cinemas that showed it, and by Taiji officials who said the documentary-makers had “psychologically tortured” the fishermen.

The Cove triggered a brief, heated debate in the Japanese media, which had largely ignored the practice until then. Many activists, including the most famous – Ric O’Barry, a former dolphin trainer-turned-campaigner – predicted the global spotlight would end the tradition. “I honestly believe when the world finds out about this it will be abolished,” he said.

But the annual cull of about 2,000 small porpoises and dolphins has continued. The former Guns n’Roses drummer Matt Sorum is among the latest high-profile campaigners to visit the town. “In what boats did they chase these dolphins with centuries ago?” he tweeted. “Lies… this has only been in the last 30 years… Greed not tradition.”

Last year the local prefecture announced plans to build a marine mammal park where it said tourists would be able swim alongside dolphins and whales, and sample local cuisine – including whale and dolphin meat. The plans drew yet more international flak but Taiji’s mayor Kazutaka Sangen was undeterred. “We are not going to change our plans for the town based on the criticism of foreigners,” he said.

If anything, Taiji’s growing infamy has widened the cultural gulf between the town and the rest of the world. Taiji, which has a population of about 3,000 people, has installed a 24-hour police box to deal with the steady stream of activists making their way to the cove. Locals bristle at the sight of Westerners.

Conservationists say the fishermen have already killed over 170 dolphins and small whales this year and taken 24 captive since the start of the new year.  A tweet from a team of activists overlooking the cove said the animals had spent a fourth night without food and would be slaughtered today by a party of about 40 to 60 fishermen.

“I’ve been here for three years and this is absolutely the largest I’ve seen driven into the cove,” Melissa Sehgal, leader of the Sea Shepherd group, told Australian media.

Ms Kennedy’s intervention has again produced a flurry of stories in the Japanese media. The state broadcaster NHK said the ambassador was known as an animal lover and her comments were likely to be taken in that light. “The debate is likely to continue,” it said. The message from Mr Sangen was more uncompromising. “The hunting of whales and dolphins has been carried out since long ago and is performed on scientific grounds,” he told Japanese reporters last night. “I will protect this tradition.”

The Independent’s Christmas Appeal for 2013 focused on wildlife conservation. It supports Space for Giants, a Kenya-based charity which protects elephants and prevents human-wildlife conflict. The organisation is preparing for a conference in London on 13 February to address the damage caused by poaching. 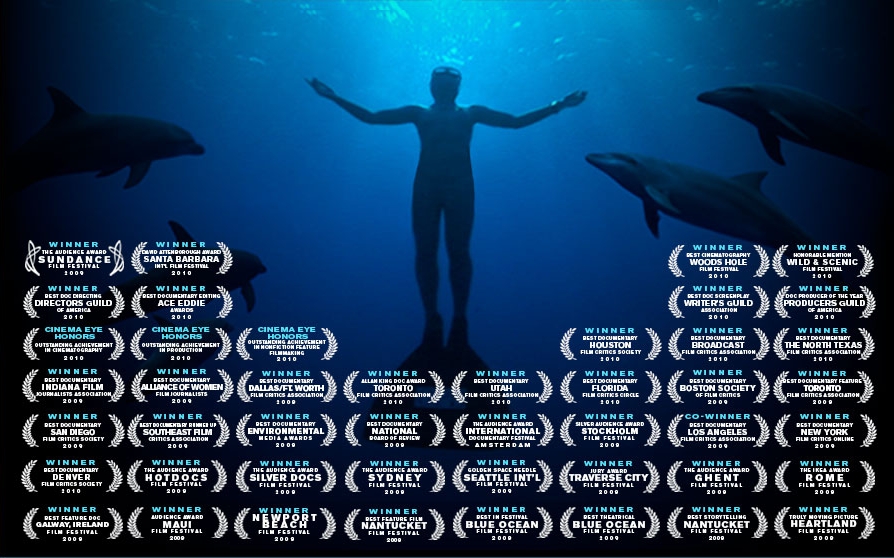