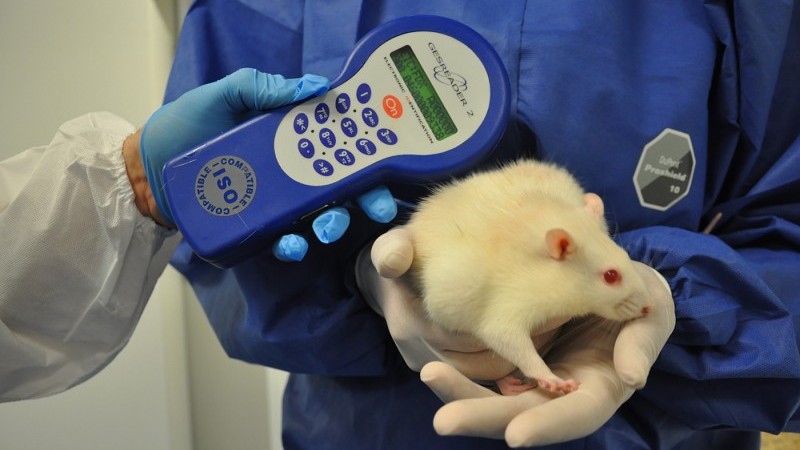 Criticism of Food and Chemical Toxicology’s retraction of the Séralini study on GM maize and Roundup continues to grow, as biologist Dr Frédéric Jacquemart accuses the journal of double standards.

In January 2013, the journal Food and Chemical Toxicology published an article by Zhu et al.[1] stating that “transgenic corn modified to resist glyphosate herbicides is as healthy and nutritional as conventional corn “[2]. To support this conclusion, the Chinese team conducted a toxicological analysis in rats for thirteen weeks. The researchers conducted various analyses of weight and of biochemical and electron microscopy parameters to “detect potential impacts of this GM maize on rats”.

The previous issue of the same journal published a study conducted by the team of Professor Gilles-Eric Séralini, which concluded that GM maize NK603 posed toxicological risks. G-E Séralini had used the same strain of rat, the Sprague-Dawley, but fed them for two years, over their lifetime. This study was subjected to sharp criticism, and a year later, in December 2013, the journal Food and Chemical Toxicology decided to retract the publication. The argument put forward was that the data presented did not enable well-founded conclusions to be reached.[3]

The International Transdisciplinary Studies Group (GIET), chaired by Dr Frédéric Jacquemart (also President of Inf’OGM), in a letter of 13 December 2013 to the journal Food and Chemical Toxicology, reported “serious doubts” about the study of Zhu. GIET told the editor of the journal, Dr Hayes, that the findings of this study were not justified by the analyses conducted. Indeed, GIET highlighted the lack of information on the statistical power of the study in the scientific article itself. Clearly, it is impossible to know whether the study was designed in a manner that would enable any effects to been seen or not! The assertion of the safety of the GM corn is thus scientifically unfounded. GIET also emphasized that the conclusion of the article establishes an equivalence between GM corn and conventional corn, although no analysis of equivalence, which is indispensable to justify such a conclusion, was performed.

Thus, for GIET and even according to[?] the protocol established by scientists, if the study of G-E Séralini must be retracted because the data does not support the conclusion presented, then exactly the same applies to the study of Zhu and colleagues.

GIET is still awaiting a response from the journal.

[2] Translation by the author