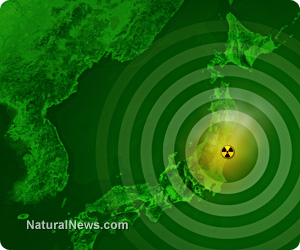 When Japanese Professor Toshihide Tsuda of Okayama University sat down with leaders from the Japanese Ministry of the Environment, talk about citywide evacuation near the Fukushima nuclear breakdown site began. Deeply concerned about rising thyroid cancer rates in Japanese children, these leaders believe that it’s time to evacuate the city of Koriyama.

The epidemiology professor reports, “An incident rate of thyroid cancer on children in Fukushima are from several times to dozens times higher than usual. This is a rash of disease. There is a possibility [it will] increase more in [the] future and we need a countermeasure.”

A Japanese judiciary, the Sendai High Court, agrees and “acknowledges a danger of low-level radiation exposure,” and it concludes that the only solution is to evacuate or relocate children from the area. They report that changing schools in the area won’t prevent radiation exposure over 1 mSv/y. While they believe that there is “no immediate risk on health,” it’s clear that they understand the long-term risks of exposing children to radioactive particles in the area.

When the March 2011 nuclear disaster went down, no one understood the impact that the radioactive breakdown could have on the surrounding cities and the people, especially minors. Six minors in the area of the disaster have recently been diagnosed with thyroid cancer, with another ten young ones reportedly now developing the life-threatening cancer. These rates continue to climb, up from 28 affected children last June to 44 going into 2014.

As thyroid cancer begins to show up, the damage has already been done, as the deadly radioactive substances have already pervaded the cells of the young ones, ravaging their smaller, developing bodies faster.

With approximately 360,000 children aged 18 or younger affected by the nuclear disaster in 2011, the Japanese government has begun giving annual checkups and will continue doing so throughout the children’s lives

As radioactive substances accumulate in the tissues and glands of the young children, the government in Japan continues to remain quiet. Japanese officials are now saying that the recent cases of thyroid cancer couldn’t have come from the disaster at the Daiichi power plant in March 2011, stating that thyroid cancer from radiation takes several years to develop.

But what the government fails to understand is that these smaller, developing bodies might not be able to handle the load of radioactive isotopes in the same way as an adult body. The smaller, younger generation could be the first to show signs of cancer. Adult thyroid cancer rates may begin spiking in a few years.

Or possibly, the new 44 cases of childhood cancer come from children who were already predisposed. This is what the government believes.

Fukushima prefecture government officials report, “It is likely (the 44 children) developed tumors or lumps before the nuclear accident.”

Regardless of reason, a shift of rising incidence in thyroid cancer has begun.

According to Christopher Busby from the European Committee on Radiation Risks, “the 2005 Japanese national incidence rate for thyroid cancer in the age bracket 0-18 is given in a recent peer reviewed report as 0.0 per 100,000.”

While the International Commission of Radiological Protection of the Japanese government predicts that “no detectable cancers will be seen as a result of the ‘very low doses’ received by the population,” radiation expert Christopher Busby calls the government’s radiological assessment “nonsense.”

Many local residents are now questioning the prefecture government’s downplaying of radiation exposure risks, the accuracy of its thyroid testing and the means by which information is disclosed.

Sources for this article include

1 thought on “Thyroid Cancer Rates On The Rise In Japanese Children, Experts Warn Residents To Evacuate”