“The microbe (germ) is nothing. The terrain (milieu) is everything.”

Every dolphin is heavily contaminated with mercury. 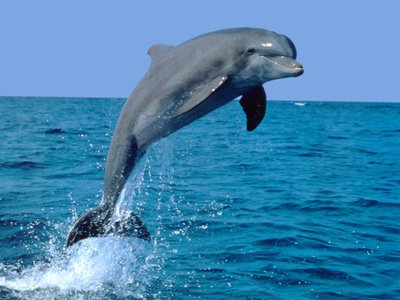 ORLANDO (Reuters) – More than 1,000 migratory bottlenose dolphins have died from a measles-like virus along the U.S. Eastern Seaboard in 2013 and the epidemic shows no sign of abating, a marine biologist said on Monday.The death toll exceeds the 740 dolphins killed during the last big outbreak of the then-unknown virus in 1987-88.

“It is having a significant impact and that is something we’re monitoring closely,” said Erin Fougeres, a marine mammal biologist for the National Oceanic and Atmospheric Administration (NOAA).

An estimated 39,206 bottlenose dolphins populated the eastern seaboard, to a depth of 25 feet, from New Jersey to Central Florida in 2010, according to the latest NOAA census.

Scientists are trying to determine why the morbillivirus resurged this year. The dolphins, which migrate south for the winter, have been stranded or found dead on beaches from New York toFlorida since June, Fougeres said.

An unknown number of affected dolphins likely died offshore as well, she said.

A record number of manatees have also died in Florida waters this year, mostly from a toxic algae bloom in the Gulf of Mexico, according to the state’s Fish and Wildlife Conservation Commission.

The commission’s research institute said it documented 803 manatee deaths in state waters between January 1 and December 13, the most for any year since record-keeping began in 1974.

The morbillivirus virus outbreaks could be natural and simply cyclical, said Fougeres.

“The last occurrence of this was about 25 years ago and the animals that survived that would have natural antibodies. But as those animals slowly die out and new animals are not exposed, they may not have that immunity,” Fougeres said.

But other as-yet unproven theories related to global warming or pollution also are being investigated, she noted. “There could be underlying causes that made them more susceptible this year versus other years.”

Scientists in the late-1980s estimated that the morbillivirus wiped out 50 percent of the coastal migratory dolphins. As a result the bottlenose dolphin was designated as “depleted” under the federal Marine Mammal Protection Act, a status it retains today.

Since then, scientists have learned more about dolphin populations, and believe the morbillivirus is endemic in the marine environment where other deep-sea species such as pilot whales may be symptom-free carriers, Fougeres said.

Fougeres said something in the environment might have caused dolphins to interact more closely with the whales recently.

An unrelated study released last week by NOAA showed that some dolphins in the Gulf of Mexico are gravely ill from injuries consistent with petroleum hydrocarbon exposure. The study looked at dolphin from Louisiana’s Barataria Bay heavily impacted by British Petroleum’s Deepwater Horizon spill in 2010.