– IAEA ***NOT for distribution***: Molten core is suspected to have penetrated Fukushima containment vessel — Prime Minister on 3/11: We couldn’t be in Tokyo if melted fuel went through containment vessel (VIDEO) (ENENews, Dec 18, 2013):

Basic assumptions based on known reported data from TEPCO and NISA […] 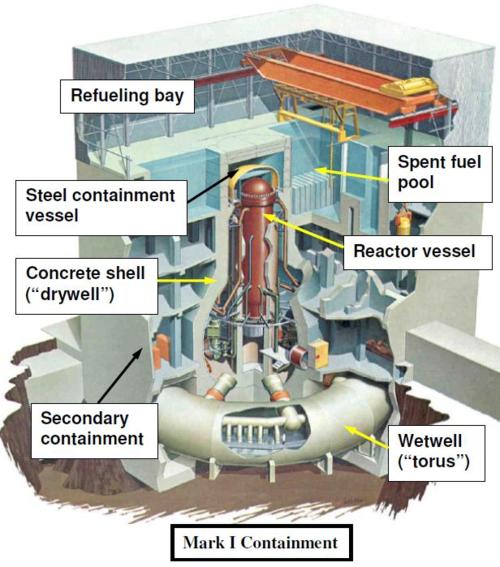 [For more on the sea water injection, see: Tepco: We should have told public this sooner… we failed to cool molten fuel after meltdowns began — Water from fire pumps went down wrong pipes]

[The data] points to a conclusion that a substantial core melt in reactor unit 1 has happened starting in the night from 11 to 12 March and going on up to the start of injection of sea water on 12 March at 20:20.  It is possible that the vessel has melted through already before increase in PCV pressure on 12 March at 0:49 hours, 8 hr 13 minutes of no cooling, and molten core has penetrated the drywell [containment vessel] as no water was there. […]

Naoto Kan, Former Prime Minister of Japan, Dec. 12, 2013 (at 14:45 in): “If […] the melted fuel had gone through that concrete, that concrete bottom of the containment vessel, we would not be able to be sitting in this room [in Tokyo].”

1 thought on “IAEA ***NOT for distribution***: Molten core is suspected to have penetrated Fukushima containment vessel — Prime Minister on 3/11: We couldn’t be in Tokyo if melted fuel went through containment vessel”