So all it takes is just one ‘little mistake’ or a large (HAARP induced) earthquake and we are all (as good as) dead.

But, luckily for us, TEPCO is fully aware of the unprecedented danger for the entire planet and has the best experts at hand to remove the fuel rods:

– Tepco To Train Amateurs To Remove Fuel Rods From Fukushima Reactor No. 4 SFP … Failure Could Result In BILLIONS Of Deaths 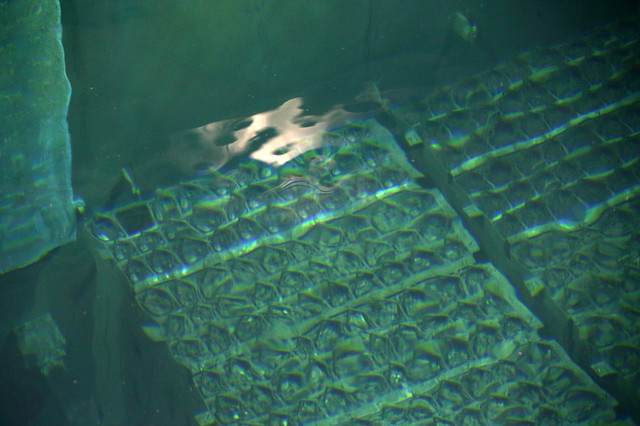 Yomiuri Shimbun translated by EXSKF, Nov. 12, 2013: On November 12, TEPCO disclosed that there were three fuel assemblies […] in the Spent Fuel Pool of Reactor 4 […] that were deformed and would be difficult to remove.

Fukushima Minyu translated by EXSKF, Nov. 13, 2013: According to TEPCO, one of the damaged fuel assemblies is bent at a 90-degree angle [literal meaning: bent in the shape of a Japanese character “く”; actual angle could be less]. It was bent 25 years ago when a mistake occurred in handling the fuel. The other two were found to be damaged 10 years ago; there are small holes on the outside from foreign objects.

Reuters, Nov. 13, 2013: [TEPCO] will as early as this week begin removing 400 tonnes of highly irradiated spent fuel in a hugely delicate and unprecedented operation fraught with risk. Carefully plucking more than 1,500 brittle and potentially damaged fuel assemblies from the plant’s unstable Reactor No. 4 is expected to take about a year […] If the rods – there are 50-70 in each of the assemblies, which weigh around 300 kg (660 pounds) and are 4.5 metres (15 feet) long – are exposed to air or if they break, huge amounts of radioactive gases could be released into the atmosphere. […]

So what’s so dramatic about Fukushima reactor No. 4 SFP?

Fukushima reactor No. 4 “SFP contains something on the order of 400.000 kg of hot plutonium”.

“They say that one microgram of plutonium could theoretically kill a person.”

“There are billion micrograms in a kilogram and there are 400.000 hot kilograms in this pool.”

And if those fuel rods are catching fire … it’s ALL OVER.

– Tepco To Train Amateurs To Remove Fuel Rods From Fukushima Reactor No. 4 SFP … Failure Could Result In BILLIONS Of Deaths

– Top Scientist: It’s Bye-Bye Japan And North America’s West Coast Has To be Evacuated If Reactor No. 4 SFP Goes – ‘Fukushima Is The Most Terrifying Situation I Can Imagine’

– Big Earthquake Near Fukushima Would ‘Decimate Japan, Lead To US West Coast Evacuation’

– Nuclear Engineer: Why All Of A Sudden The Urgency At Fukushima Plant, What Do They Know? – They’re Obviously Feeling Pressure, Like It’s One Move Away From Checkmate

– Celebrated Physician: Fukushima Has Humanity ‘On Brink Of A Possible Worldwide Nuclear Holocaust’ – ‘The World As We Know It Has Changed’ – ‘Effects On Our Health Are Incomprehensible’

– Japan’s Top Nuclear Official: I Am ‘Much More Worried” About Fukushima Reactor No. 4 Fuel Rods#

– Yale Prof. Charles Perrow: ‘All Of Humanity Will Be Threatened For Thousands Of Years’ If Two Fuel Rods In Fukushima Reactor No. 4 SFP Touch And Cause A Nuclear Reaction During Removal Process

– Fukushima Readies For Dangerous Operation To Remove 400 Tons Of Spent Fuel – ‘The Worst-Case Scenario Could Play Out In DEATH TO BILLIONS OF PEOPLE. A True APOCALYPSE’

– Ambassador Murata: Total Number Of Spent Fuel Rods At Fukushima Daiichi Site Excluding The Rods In The Pressure Vessel Is 11,421!!!:

Before the Committee, Ambassador Murata strongly stated that if the crippled building of reactor unit 4 – with 1,535 fuel rods in the spent fuel pool 100 feet (30 meters) above the ground – collapses, not only will it cause a shutdown of all six reactors but will also affect the common spent fuel pool containing 6,375 fuel rods, located some 50 meters from reactor 4.

In both cases the radioactive rods are not protected by a containment vessel. Indeed, they are open to the air, which is quite dangerous.

This would certainly cause a global catastrophe like we have never before experienced.

He stressed that the responsibility of Japan to the rest of the world is immeasurable. Such a catastrophe would affect us all for centuries.