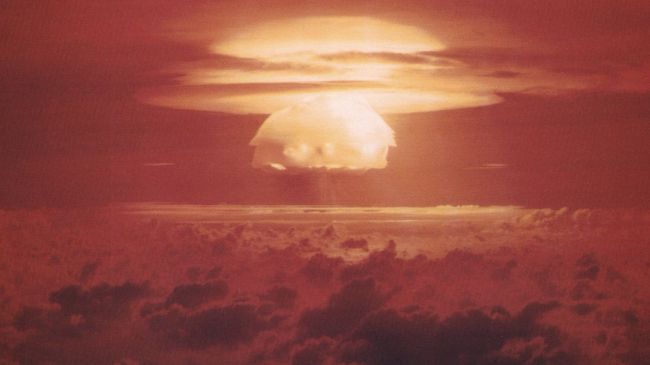 Mushroom cloud from Castle Bravo, the largest nuclear test conducted by the US in the Marshall Islands

Pentagon officials have said the US nuclear arsenal needs an overhaul over the coming decade which could cost billions of dollars.

In a meeting with US lawmakers on the House of Representatives Armed Services Committee on Tuesday, Assistant Defense Secretary Madelyn Creedon said Washington has to spend at least a decade to modernize its aging nuclear weapons.

“Modernization work of this kind is expensive, but there is no doubt that the investment … is necessary,” Reuters quoted Creedon as telling US congressmen.

“There is not a cost-effective alternative that meets the military requirements and policy objectives.”

Last year, the non-partisan Stimon Center think-tank estimated that modernizing the US nuclear arsenal, including weapons, infrastructure, and delivery systems, over the next decade would cost American taxpayers up to $400 billion.

On Monday, US Secretary of State John Kerry emphasized that nuclear weapons form an important part of Washington’s defense doctrine.

“It ensures that a strong nuclear deterrent remains the cornerstone of US national security and that of our allies and our partners,” he said during a speech at the US Institute of Peace in Washington.

At the UN’s high-level meeting on nuclear disarmament on Sep. 26, Iranian President Hassan Rouhani stressed that “no nation should possess nuclear weapons.”

The US is the only country in the world that has used atomic bombs in war. US atomic bombs were dropped on Hiroshima and Nagasaki in Japan in August 1945.