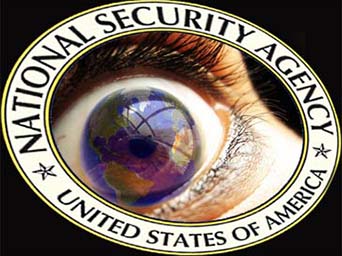 NSA is one of 16 known US spy agencies. They’re all up to no good. They violate core rule of law principles.

They do whatever they want. They operate out-of-control. They’re powers unto themselves. NSA reflects Big Brother writ large.

It operates globally. It’s the world’s biggest spy agency. It watches everyone. Advanced technology lets it go where no previous counterpart went before.

“The collection program (hasn’t) been disclosed before.” Intercepts include email address books and so-called buddy lists.

They show who’s online or off, on but away from their computer, people with their phones on or off, and who’s currently using them.

These figures are typical. They repeat daily. They add up. They “correspond to a rate of more than 250 million a year.” .

NSA has access to about 500,000 buddy lists as well as huge numbers of web-based email accounts.

A previous article called NSA spying worse than you think. Rules followed are its own.

It can monitor virtually everyone everywhere electronically. Doing so is unconnected to terrorism or other national security concerns.

Big Brother has lots of other Brothers watching. They’re making a list. They’re checking it twice. They know who’s naughty or nice.

They read your emails. They know what web sites you visit. They know your medical and financial history.

They know the company you keep. They watch every move you make. They know what you do, where and when.

They know because they can go where no previous spy agencies went before. They exceed their capabilities.

Millions of Americans are affected. NSA won’t say how many. Perhaps its tens of millions. NSA can target virtually everyone everywhere.

“We are not interested in personal information about ordinary Americans.”

False! It targets you, me, our neighbors, families and friends.

He lied calling it an essential counterterrorism/foreign intelligence tool, saying:

“You need a haystack to find the needle.” He finds virtually none. So-called terror plots exposed were fake. Domestic ones virtually don’t exist. What’s claimed is fabricated.

NSA isn’t authorized to collect bulk contact lists. According to senior intelligence officials, doing so from US facilities is illegal.

NSA does what it wants anyway. It accesses information globally. When obtained from overseas, it assumes “you’re not a US person,” it claims.

Global sweeps target everyone. Americans are as vulnerable as foreigners. So-called “checks and balances built into (its) tools” don’t exist or aren’t used.

It permits warrantless searches without probable cause. It violates First Amendment rights.

It does so by mandating secrecy. It prohibits targeted subjects from telling others what’s happening to them. It compromises free expression, assembly and association.

It does so by authorizing the FBI to investigate anyone based on what they say, write, or do with regard to groups they belong to or associate with.

It violates Fourth and Fifth Amendment protections by not telling targeted subjects their privacy was compromised.

It subverts fundamental freedoms for contrived, exaggerated, or nonexistent security reasons. Doing so turns constitutional rights on their head.

It does so, it says, to “protect the nation and its interests from threats such as terrorism and the proliferation of weapons of mass destruction.”

In search for them, NSA “draped a surveillance blanket over dozens of square miles of northwest Pakistan,” said WaPo.

Anything electronic can be tracked. NSA’s secret Counterterrorism Mission Aligned Cell (CT MAC) is involved in doing it.

It focuses on hard-to-find terrorism targets. Considerable time and effort goes into doing it.

“Our job is to defend this nation and to protect our civil liberties and privacy.”

It assigned senior analysts to the CIA’s Counterterrorism Center. Others work alongside CIA counterparts. They do so at almost all major US embassy and overseas military bases.

According to a former US intelligence official:

It “you wanted huge coverage of the FATA (Federally Administered Tribal Areas), NSA had 10 times the manpower, 20 times the budget, and 100 times the brainpower.”

“NSA relies on increasingly sophisticated versions of online attacks that are well-known among security experts.”

“Many rely on software implants developed by the agency’s Tailored Access Operations division with code-names such as UNITEDRAKE and VALIDATOR.”

It targets Yemen, African and other locations. Murder, Inc. is official Obama administration policy. US citizens are as vulnerable as foreigners.

Summary judgment means no arrests. No Miranda rights. No due process. No trial. Just death by diktat.

Obama appointed himself judge, jury and executioner. He decides who lives or dies. CIA chief John Brennan helps him choose.

With or without evidence, anyone called Al Qaeda or accused of terrorist connections gets marked for death.

NSA’s job is find them. CIA’s job is kill them. Only eliminating America’s enemies matter. Whether real or imagined makes no difference.

Everyone is fair game. Right or wrong is someone else’s problem. Advancing America’s imperium alone matters.

On October 11, the Foreign Intelligence Surveillance Court released a new legal opinion. It reauthorized NSA’s collection of virtually all American made phone calls without warrants.

Doing so violates Fourth Amendment protection against lawless searches and seizures. It applies to all unreasonable intrusions.

Telecommunication call log meta-data must be approved every 90 days. Doing so is virtually rubber-stamp. Police states operate that way. America is by far the worst.