Two days ago, when we described the immediate next steps now that the House had passed the latest debt target ceiling extension, we explained what would happen immediately after as follows: “next up, as the emergency Treasury measures are netted out against the new debt limit, it means that once the new Daily Treasury Statement hits, the total US Federal debt will be just at, or over $17 trillion. Rejoice.” Moments ago the first post-reopening DTS just hit, and it turns out our estimate was low. Because as of yesterday, the official US debt is now 17,075,590,107,963.57 an increase of $327 billion “overnight.” 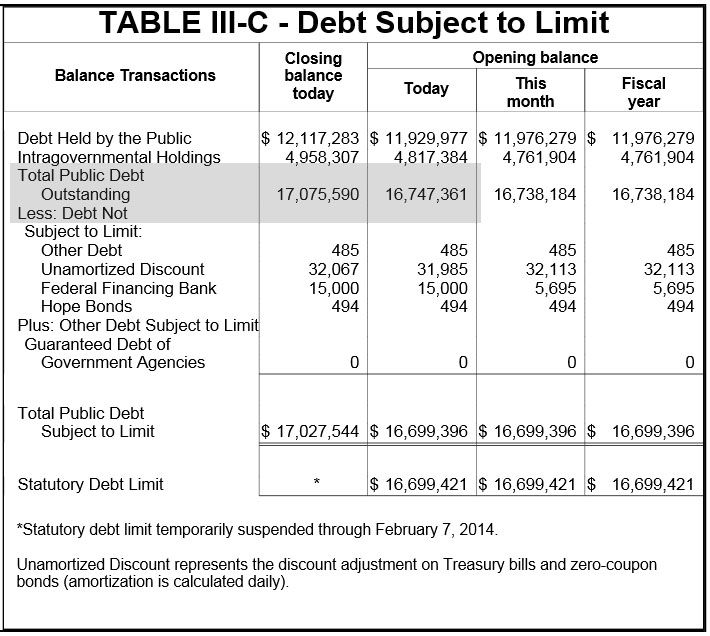 We hope this will answer all that hyperventilating questions about how the total US debt can stay fixed at one number since May: basically the Treasury had utilized over $320 billion in emergency measures, and now they have been netted out against the “temporarily” suspended debt limit.

Of course, we are confident this number will figure far less prominently among tomorrow’s mainstream media papers, especially when the great unemployed masses and the 46 million on foodstamps have another record number, that of the stock market, to be distracted with.