The chart below, showing the historical change in the IMF’s periodic revisions of world growth and revised for today’s just released latest World Economic Outlook, shows that much taxpayer money can be saved if the monetary fund’s staff was replaced with dart-throwing chimps. 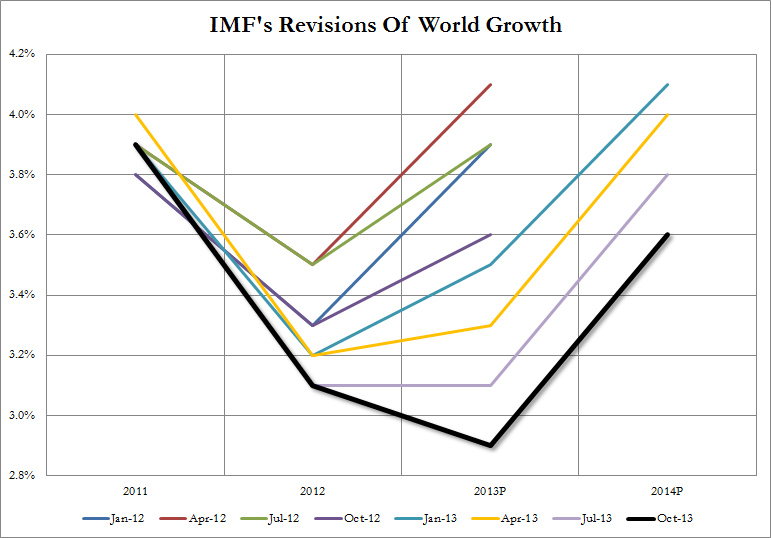 Some other funny charts.

US growth forecasts over time – mind the 2012 GDP-boosting revision: 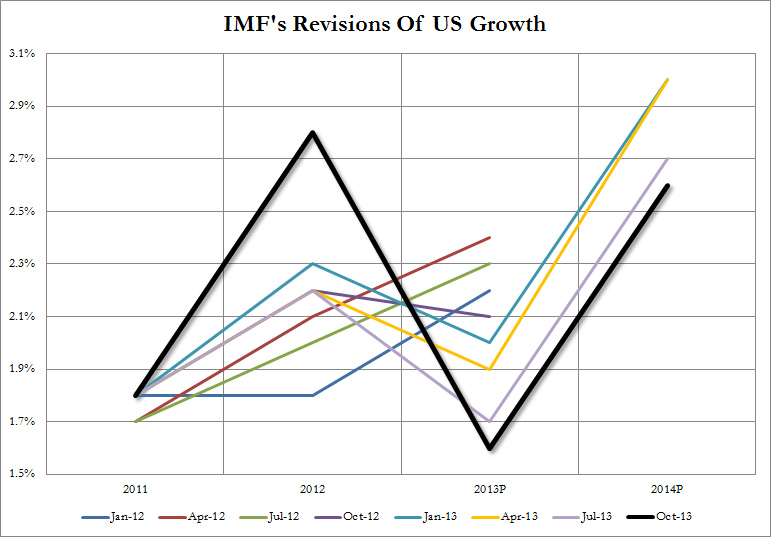 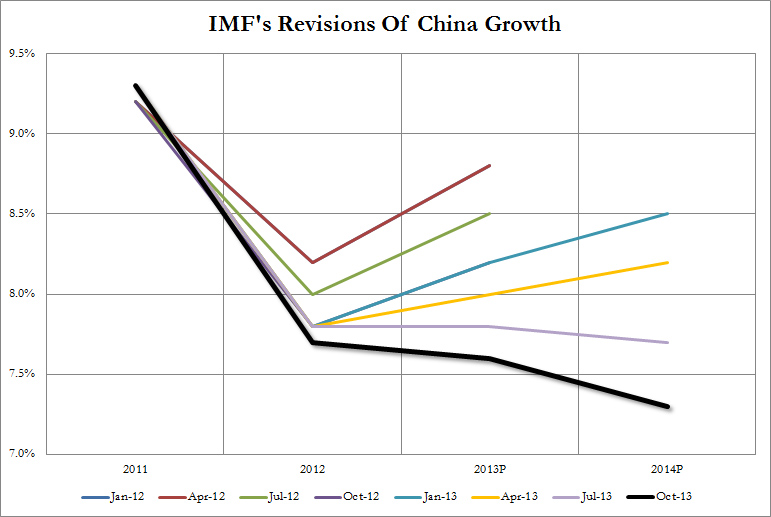 And, perhaps scariest of all, world trade. 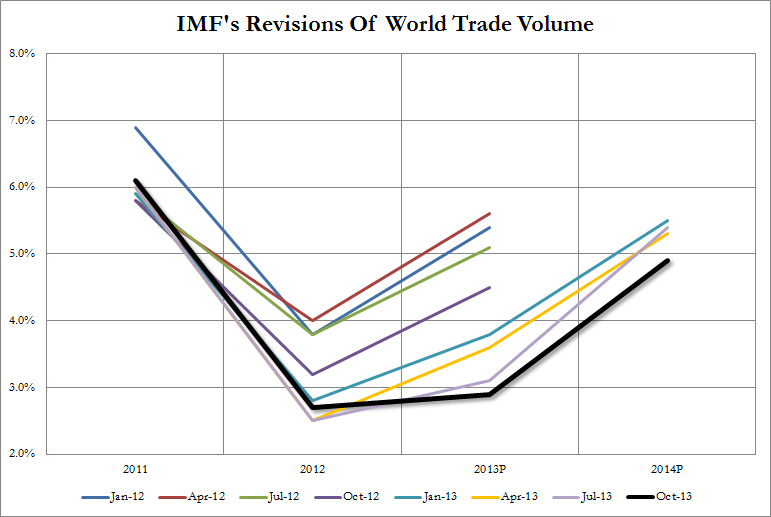 No worries though, Bernanke is good for it.

And for some further amusement, here is what prominent economists are saying about the IMF’s Economic Review:

“The IMF Economic Review is quickly becoming the premier outlet for context-based macroeconomic research. In doing so, it is providing a great service to policymakers and a source of inspiration to real-world driven researchers.”

“The IMF Economic Review is devoted to state-of-the-art research on the global economy. Given the Fund’s unique position on the front lines of surveillance and crisis management, anyone interested in international economic policy or in macroeconomics more generally will find this journal to be essential reading.”

– Maurice Obstfeld, Class of 1958 Professor of Economics at the University of California, Berkeley