– Money Laundering Exposed As A Key Component Of The Housing Bubble’s “All Cash” Bid (ZeroHedge Sep 10, 2013):

In August 2012, when isolating one of the various reasons for the latest housing bubble, we suggested that a primary catalyst for the price surge in the ultra-luxury housing segment and the seemingly endless supply of “all cash” buyers (standing at an unprecedented 60% of all buyers lately as reported by Goldman) is a very simple one: crime. Or rather, the use of US real estate as a means to launder illegal offshore-procured money. We also identified the one key permissive feature which allowed this: the National Association of Realtors’ exemption from Anti-Money Laundering provisions. In other words, all a foreign oligarch – who may or may not have used chemical weapons in their past: all depends on how recently they took their picture with the Secretary of State – had to do to buy a $47 million Florida house, was to get the actual cash to the US. Well good thing there are private jets whose cargo is never checked.

This is how we framed the problem last August:

… a foreigner who may or may not have engaged in massive criminal activity and/or dealt with Iran, Afghanistan, or any other bogeyman du jour at some point in their past, and is using US real estate merely as a money-laundering front perhaps? Sadly, we will never know. Why? As explained before, it is all thanks to the National Association of Realtors – those wonderful people who bring you the existing home sales update every month (with a documented upward bias every single time) – which just so happens is the only organization that actively lobbied for and received an exemption from AML regulation compliance. In other words, unlike HSBC, the NAR is untouchable, even if it were to sell a triplex to Ahmedinejad on West 57th street.

As a reminder, here is where the NAR stands on the issue of its most generous clients possibly being some of the worst criminal known to man, courtesy of Elanus Capital:

Many of you reading this will undoubtedly have spent time in an international bank and been forced to sit through countless hours of “know your client” and AML training. Fascinating to note that the National Association of Realtors lobbied for and received a waiver from such regulation. That’s right, realtors actually went to the U.S. government and said: we want to be able to help foreign business oligarchs and other nefarious business people launder money through the real estate markets of the United States – and prevailed.

“NAR supports continued efforts to combat money laundering and the financing of terrorism through the regulation of entities using a risk-based analysis. Any risk-based assessment would likely find very little risk of money laundering involving real estate agents or brokers. Regulations that would require real estate agents and brokers to adopt anti-money laundering programs may prove to be burdensome and unnecessary given the existing ML/TF regulations that already apply to United States financial institutions.”

Hat’s off to the NAR – that is some serious doublespeak. My translation: We’ll support you as long as we don’t have to support you.

If after skimming the above, readers are still confused what the reason is for the luxury segment of the US housing market continuing to rise in price even as all other segments of the quadruplicate US housing market as explained here languish, we suggest rereading it as many times as necessary.

It appears that a year later this too hypothesis has been proven. Earlier today the Post reported that “U.S. authorities announced Tuesday that they are seeking forfeiture of pricey Manhattan real estate linked to a fraud they say was uncovered by a whistleblowing Russian lawyer before he died behind bars. A civil forfeiture complaint filed against the assets of a Cyprus-based real estate corporation and other holding companies alleges that some of the proceeds from the $230 million tax fraud in Russia were laundered through the purchase of four luxury condominiums located in a Wall Street doorman building and two commercial spaces in prime locations in midtown and Chelsea.“ 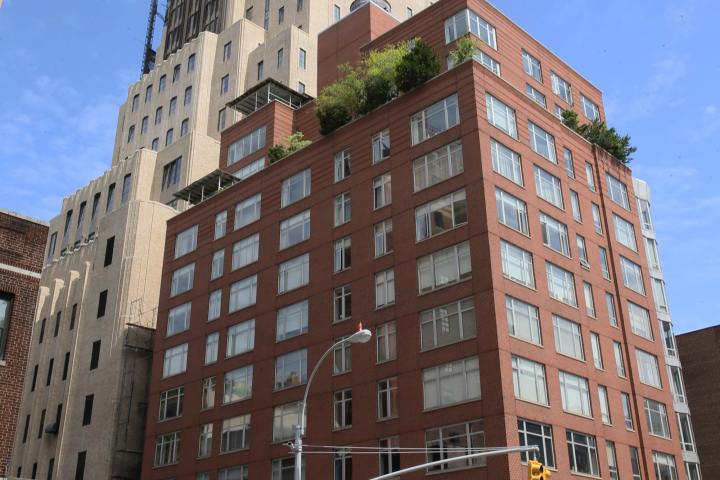 The lately ubiquitous was quick to take credit:

“Today’s forfeiture action is a significant step toward uncovering and unwinding a complex money-laundering scheme arising from a notorious foreign fraud,” U.S. Attorney Preet Bharara said in a statement. “While New York is a world financial capital, it is not a safe haven for criminals seeking to hide their loot, no matter how and where their fraud took place.”

Oh but it is because quite simply nobody cares where the money comes from, the NAR is exempt from doing even the most cursory background check, and as long as the prevailing average home price rises, everyone is happy.

What is curious is where the source of the info came from:

He subsequently was arrested on tax evasion charges and died in prison in November 2009 of untreated pancreatitis at age 37. His death prompted widespread criticism from human rights activists, and the Russian presidential human rights council found in 2011 that he had been beaten and deliberately denied medical treatment.

Browder, who has campaigned to bring those responsible for Magnitsky’s death to justice, has claimed that one of the corrupt tax officials bought luxury real estate in Moscow, Dubai and Montenegro and wired money through her husband’s bank accounts worth $39 million.

That this is the first of many such money laundering schemes to be exposed is obvious to anyone. With the recent witchhunt of Russian, and other billionaires, in Europe following the Cyprus debacle, it is only logical that the vast majority parked their cash in what until now, was the last safe use of illicit funds: US real estate, where the policy don’t ask, don’t tell is more alive now than ever, and has spawned countless HGTV (and CNBC) shows highlighting the resurgent New York City (and other high end cities’) housing market.

The bigger question is just how far will Bharara take this, and comparable such future actions. And more importantly, how will the panicked NAR lobby respond if suddenly a key source of “all cash, sight unseen” buyers disappears. Finally, if indeed money laundering is no longer possible into US real estate, kiss yet another of the several key spokes (alongside foreclosure stuffing, the private equity REO-to-Rent investment wave and the Emerging Market capital flow crisis) of the artificial housing recovery goodbye. Why?

Apartments in the luxury 35-story Manhattan high-rise can sell for more than $3 million, according to real estate websites. Amenities include a gym, a pool and rooftop deck.

Now take this single example and multiple by hundreds and thousands of times.