“UPDATE: Well we are being asked by some of the media websites about the source that’s why we want to inform you that this news was also published in Telegraph and till now we also don’t have any info of hacker.” 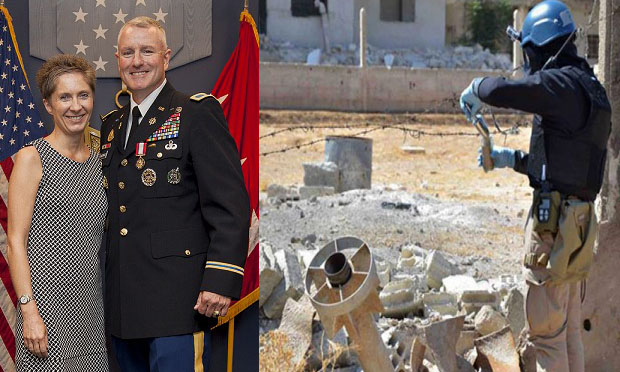 The situation in Syria is still in the focus of world media. Experts predict another U.S. aggression for “human rights”. Washington regularly declares its readiness to attack Syria. The official version – to punish al-Assad and Syrian army for the use of chemical weapons against the civilian population.

In the message August 22 Eugene Furst congratulates Col. on successful operation and refers him to Wasington Post publication about chemical attack in Syria. From the Anthony’s wife dialog with her friend it’s clear the video with the children killed in the chemical attack near Damascus was staged by U.S. Intelligence.

Published data indicate Washington is willing to do anything to achieve its goals in the Middle East. Support for the Syrian opposition with political means and weapons hasn’t brought the expected results.

Under the circumstances the U.S. is ready once again to violate international law and attack Syria without UN Security Council approval. The world’s still the same – if policy doesn’t work, the aircraft carriers start acting!

Screenshots taken by Hacker of the COl. Mail: 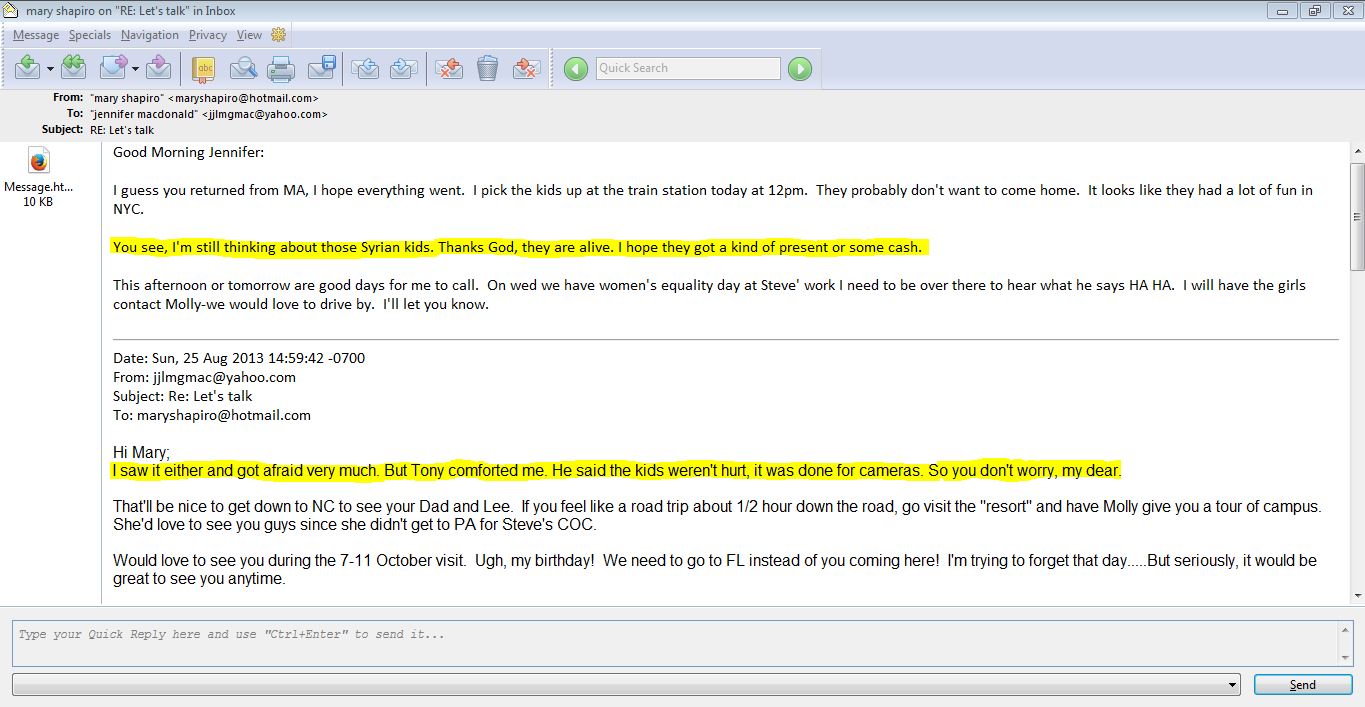 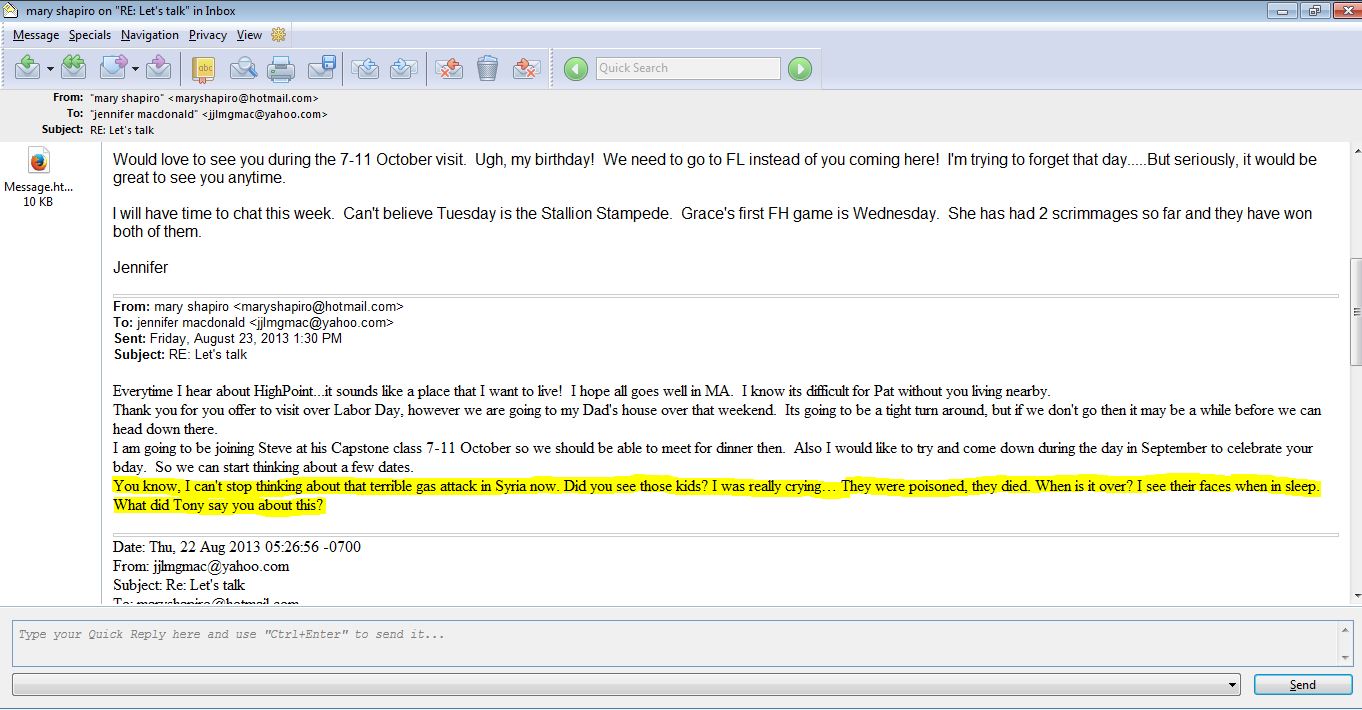 Hacker released a statement on Pastebin in which he also stated that he had no time to look through all their mails, might be more information he get and at last he said “I will upload their correspondence later.”

UPDATE: Well we are being asked by some of the media websites about the source that’s why we want to inform you that this news was also published in Telegraph and till now we also don’t have any info of hacker.