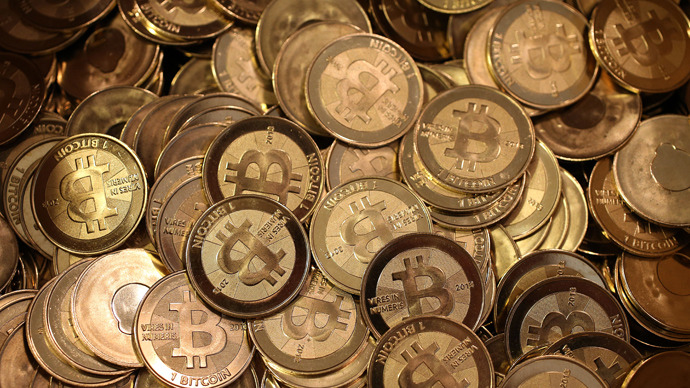 “We should have competition in the production of money. I have long been a proponent of Friedrich August von Hayek scheme to denationalize money. Bitcoins are a first step in this direction.”
– Frank Schaeffler, member of German parliament’s Finance Committee

The story of the German Finance Ministry stating Bitcoin is essentially “legal tender” has been making the rounds all over the virtual currency and technology world this morning and for good reason. This is a very, very big deal. Not just because some bureaucrat seemingly “legitimizes” the crypto-currency, but because it is the first commonsense approach from a major economy to-date.

While the U.S. government runs around like a chicken with its head cut off, issuing subpoenas and launching Senate investigations on Bitcoin, Germany is merely accepting the obvious. This is the wave of the future, you can either act like an incorrigible child and fight it, or you can accept reality and pave the way to the future. I’m pleased to see Germany, home to the most dynamic Bitcoin community on the planet, in Kreuzberg, taking a reasonable approach. Not to mention the fact I could never see a U.S. bureaucrat ever endorse Hayek or Austrian economics. The times they are a-changin’.

Virtual currency bitcoin has been recognized by the German Finance Ministry as a “unit of account”, meaning it is now legal tender and can be used for tax and trading purposes in the country.

Bitcoins is not classified as e-money or a foreign currency, the Finance Ministry said in a statement, but is rather a financial instrument under German banking rules. It is more akin to “private money” that can be used in “multilateral clearing circles”, the Ministry said.

“We should have competition in the production of money. I have long been a proponent of Friedrich August von Hayek scheme to denationalize money. Bitcoins are a first step in this direction,”said Frank Schaeffler, a member of the German parliament’s Finance Committee, who has pushed for legal classification of bitcoins.

Schaeffler said the new ruling showed German authorities were preparing regulations on how to tax bitcoin transactions. According to German newspaper Die Welt, the government has stated that the legal classification of bitcoin means that commercial profits that stem from using the currency may be taxable.

Kathleen Brooks, a research director at FOREX.com, told CNBC that classification by the German government gave bitcoin legitimacy to be used as a settlement currency in one of the world’s largest economies. She said this was a big step forward for the bitcoin movement.

“Sooner or later, depending on the success of private currencies, authorities will feel the urge to ban or regulate private currency. A free country should resist and not intervene in citizen’s private choice of money. In my opinion the production of money is none of the government’s business,” Schaeffler said.

A lot of people will state this is merely a veiled move of support in order to make sure the government can install a system of taxation on Bitcoin. While that is no doubt part of it, do not underestimate Mr. Schaeffler quoting Hayek. More than anything else, I believe this represents a psychological and cultural step change toward the realities of the future. A more decentralized and freer world.

2 thoughts on “Bitcoin Is Recognized As ‘Legal Tender’ In Germany”