Moments ago, an unlikely grouping between a 33-year old Republican, Rep-Justin Amash, and an 84-year old Democrat, Rep-John Conyers, resulted in a House vote, that if passed, would have suspended the NSA’s “indiscriminate collection of phone records” and effectively ended the program’s statutory authority. Yet despite significant lobbying by the White House, security experts and representative on both sides of the aisle, the vote came within a startlingly close 12 votes of passage. A majority of Democrats, 111, voted for Amash’s amendment despite the full court press while 83 Democrats voted no. The GOP vote was 94-134. That the vote did not pass is not surprising. However, that it came to just 12 votes of passage is the stunning development and shows a sea change of how Congress approaches both personal privacy and the broader implications of the Patriot Act. All of it thanks to the action of one man who at last check was still stuck in the transit terminal in Moscow.

Wednesday’s vote came after the White House and lawmakers who support the NSA’s surveillance activities launched a major offensive against Amash’s measure after it was granted a vote Monday evening.

The offensive underlined the significance of Wednesday’s vote, which was the first time that Congress weighed in on the NSA’s spying programs since they were revealed by The Guardian and The Washington Post last month.

“We oppose the current effort in the House to hastily dismantle one of our Intelligence Community’s counterterrorism tools,” Carney said.

NSA Director Gen. Keith Alexander, meanwhile, made himself available to answer lawmakers’ questions about the program on Tuesday in classified, members-only briefings.

WaPo has more on the progeny of the Amash-Conyers amendment:

Lawmakers voted 217 to 205 to defeat the proposal by an unlikely political pairing: Rep. Justin Amash (R-Mich.), a 33-year old libertarian who often bucks GOP leadership and Rep. John Conyers (D-Mich.), an 84-year old liberal stalwart and the chamber’s second longest-serving member. Usually divergent in their political views, they joined forces in recent weeks in response to revelations about the NSA’s ability to collect telephone and Internet records that were leaked by Edward Snowden, a former NSA contractor who is seeking asylum in Russia.

The plan would restrict how the agency can collect bulk phone records and metadata under the Patriot Act. Agency officials would be able to continue collecting telephone records, but only for people connected to relevant ongoing investigations.

The proposal also would require that secret Foreign Intelligence Surveillance Act (FISA) court opinions be made available to lawmakers and that the court publish summaries of each opinion for public review.

The opposition to defunding Big Brother was fast and furious by virtually everyone involved:

In an interview with a Michigan radio station, Rogers said that Amash was trying “to take advantage, at any rate, of people’s anger of the IRS scandal, which is real, and the AP — Associated Press dragnet by the Attorney General, Benghazi. All of those things are very real, and there’s no oversight function. What they’re talking about doing is turning off a program that after 9/11 we realized we missed — we the intelligence community — missed a huge clue.”

Other Republicans agreed that the amendment would jeopardize ongoing counterterrorism operations. Rep. Tom Cotton (R-Ark.), a U.S. Army veteran who served tours of duty in Iraq and Afghanistan, said the amendment “takes a leaf blower and blows away the entire haystack.”

The amendment earned a strong rebuke from the Obama administration, which had spent the last several days attempting to blunt support for the proposal.

And Rep. Michele Bachmann (R-Minn.), a member of the House Intelligence Committee, told her colleagues that she opposed the amendment because telephone records are not considered private property. She also blasted Snowden for disclosing sensitive information to the news media, saying “This was not an act of a patriot, this was an act of a traitor.”

We sure hope they mean intelligence in the “other” sense of the word. 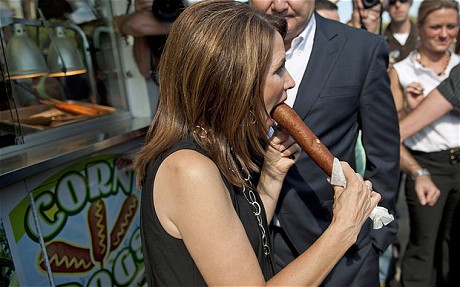 We will provide the full roll call of the 217 who voted against the amendment, in a narrow sense, and the Bill of Rights, in a broader, as soon as it is available.