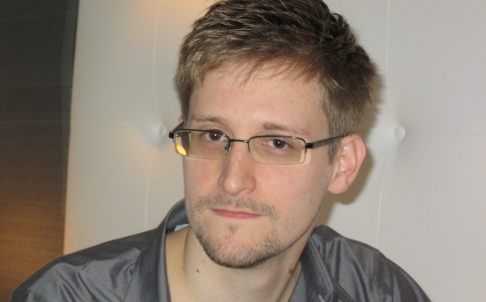 Edward Snowden says he wants to ask the people of Hong Kong to decide his fate after choosing the city because of his faith in its rule of law.

The 29-year-old former CIA employee behind what might be the biggest intelligence leak in US history revealed his identity to the world in Hong Kong on Sunday. His decision to use a city under Chinese sovereignty as his haven has been widely questioned – including by some rights activists in Hong Kong.

Snowden said last night that he had no doubts about his choice of Hong Kong.

“People who think I made a mistake in picking Hong Kong as a location misunderstand my intentions. I am not here to hide from justice; I am here to reveal criminality,” Snowden said in an exclusive interview with the South China Morning Post.

“I have had many opportunities to flee HK, but I would rather stay and fight the United States government in the courts, because I have faith in Hong Kong’s rule of law,” he added.

Snowden says he has committed no crimes in Hong Kong and has “been given no reason to doubt [Hong Kong’s legal] system”.

“My intention is to ask the courts and people of Hong Kong to decide my fate,” he said.

I have had many opportunities to flee HK, but I would rather stay and fight the United States government in the courts, because I have faith in Hong Kong’s rule of law

Snowden, a former employee of US government contractor Booz Allen Hamilton who worked with the National Security Agency, boarded a flight to Hong Kong on May 20 and has remained in the city ever since.

His astonishing confession on Sunday sparked a media frenzy in Hong Kong, with journalists from around the world trying to track him down. It has also caused a flurry of debate in the city over whether he should stay and whether Beijing will seek to interfere in a likely extradition case.

The Hong Kong government has so far refused to comment on Snowden’s case. While many Hong Kong lawmakers, legal experts, activisits and members of the public have called on the city’s courts to protect Snowden’s rights, others such as Beijing loyalist lawmaker and former security chief Regina Ip Lau Suk-yee said he should leave.

Law said a possible reason for his choice could be Hong Kong’s role as the region’s news hub.

“Hong Kong remains a hub of the global media, not least because of its proximity to the economic boom in southern China and the ease of access to many other Asian cities. The publicity could complicate efforts by the United States to charge Snowden and have him deported,” he said.

Snowden said yesterday that he felt safe in the city.

“As long as I am assured a free and fair trial, and asked to appear, that seems reasonable,” he said.

He says he plans to stay in Hong Kong until he is “asked to leave”.

The United States has not yet filed an application for extradition.

Snowden could choose to fight any extradition attempt in court. Another option open to him is to seek refugee status from the office of the UN High Commissioner for Refugees in Hong Kong.

The UNHCR would not confirm whether it had received an application for refugee status from Snowden.

Earlier, in the interview in which he revealed his identity to the world, Snowden explained that he had sought refuge in Hong Kong because it “has a strong tradition of free speech” and “a long tradition of protesting in the streets.”

Local activists plan to take to the streets on Saturday in support of Snowden. Groups including the Civil Human Rights Front and international human rights groups will march from Chater Gardens in Central to the US consulate on Garden Road, starting at 3pm.

The march is being organised by In-media, a website supporting freelance journalists.

“We call on Hong Kong to respect international legal standards and procedures relating to the protection of Snowden; we condemn the US government for violating our rights and privacy; and we call on the US not to prosecute Snowden,” the group said in a statement.

1 thought on “Whistleblower Edward Snowden’s SECOND INTERVIEW To Hong Kong Paper: ‘I Am Not Here To Hide From Justice; I Am Here To Reveal Criminality’”