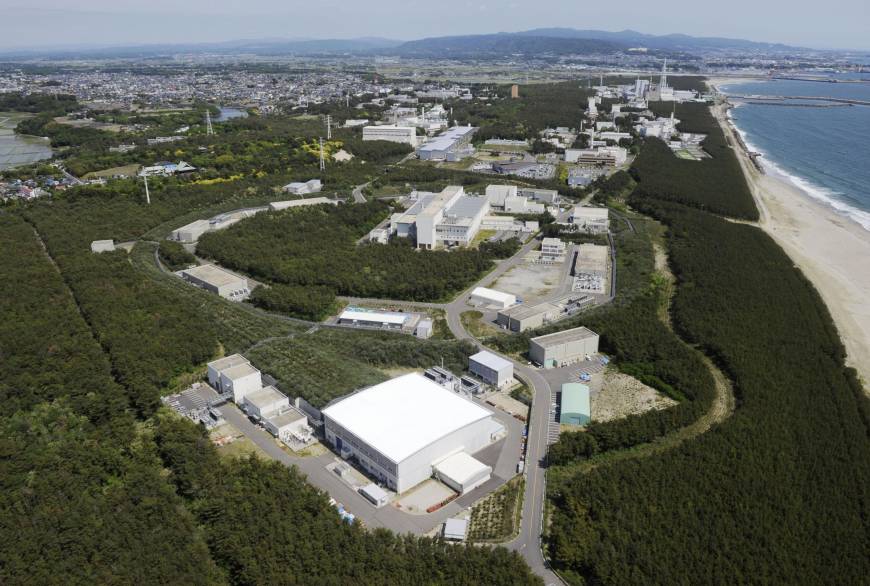 As a result, the proton output jumped unexpectedly, causing part of the gold to evaporate and the generation of radioactive substances that leaked out of the controlled area, according to the agency.

It said the radioactive leak has stopped, but not before at least six male researchers suffered internal radiation exposure. Four of them received doses of up to 1.6 millisieverts.

Later Saturday, the agency reported that another 24 researchers may have been similarly exposed to internal radiation. A total of 55 people were working in the facility at the time of the accident.

All work at the Hadron Experimental Facility has been suspended.

Agency officials said they initially thought there had been no leak outside the radiation-controlled area and therefore did not report the accident to the Nuclear Regulation Authority. The leak was only discovered Friday night and the NRA was informed at 10:15 p.m., the officials said.

When radiation readings rose during the experiment, researchers released radioactive substances outside the facility through a fan on the assumption that they would quickly decay, the agency explained.

The level of radioactive contamination at the facility stands at as much as 40 becquerels per square centimeter, it said.

The research complex is jointly run by the atomic energy agency and the High Energy Accelerator Research Organization.

The agency’s president, Atsuyuki Suzuki, resigned earlier this month over its failure to conduct a proper inspection of its Monju prototype fast-breeder reactor in Tsuruga, Fukui Prefecture.

Science minister Hakubun Shimomura criticized the agency for its delay in reporting the accident to the prefectural and central governments, and the NRA. The delay indicates that the agency “lacks a sense of urgency and crisis,” Shimomura said, stressing that it is required to report any accident, regardless of its severity.