– So Who Knew? In February Cyprus Deposit Outflows Soared To A Three Year High (ZeroHedge, March 28, 2013):

The decision to crush Cypriot depositors (first all of them, then just the uninsured ones) came in March, without any prior hints of the carnage that was about to be unleashed upon Cypriot bank unsecured liabilities. Or so the media narrative goes, because the last thing needed is to give skeptics any indication the “ad hoc” Troika plan was not so ad hoc after all, and some individuals – notably the whale depositors – were warned in advance, sparing them the indignity of pulling a few billion at €300 per day. Alas, as just released central bank data shows, there may be cracks in the narrative because in February, at a time when the Eurozone was supposedly getting better every day and the Dow Jones was on the verge of its all time high, Cypriot depositors pulled the largest amount of cash in over three years. 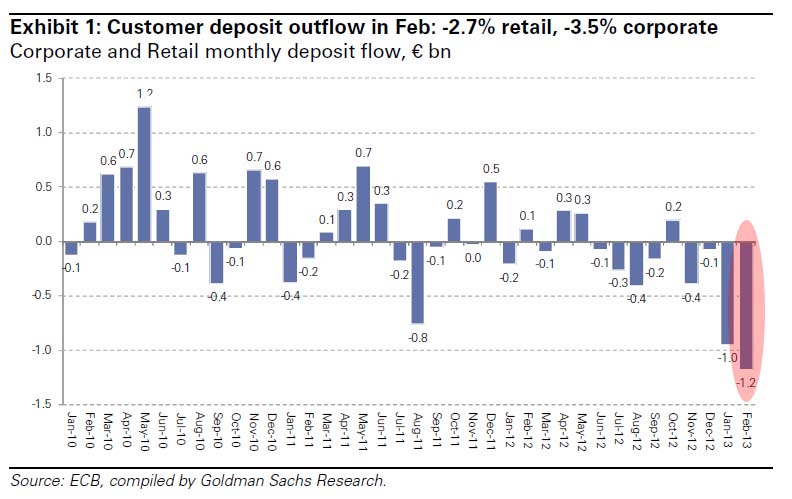 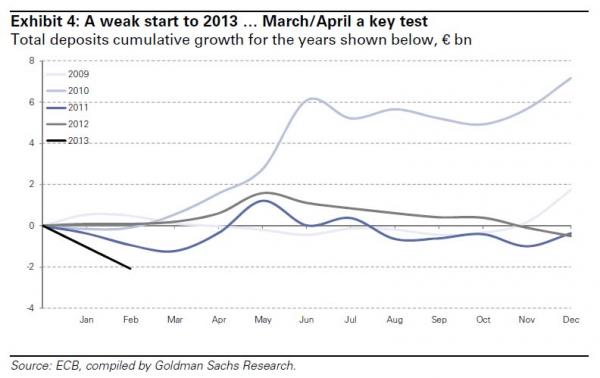 Add this curious finding to the to do list for the ‘task force’ investigating who not only circumvented the capital controls, but had advance knowledge it was coming. Surely they will get right on top of that.

2 thoughts on “So Who Knew? In February Cyprus Deposit Outflows Soared To A Three Year High”