S&P 500 futures and EUR are surging, Gold is dropping modestly.

We await final confirmation of the final terms of the final deal once the Cypriot people wake up (and don’t forget the ECB ‘standard of living’ rules).

The Cypriot Parliament still has to vote for this – and not one of them voted for it last week. 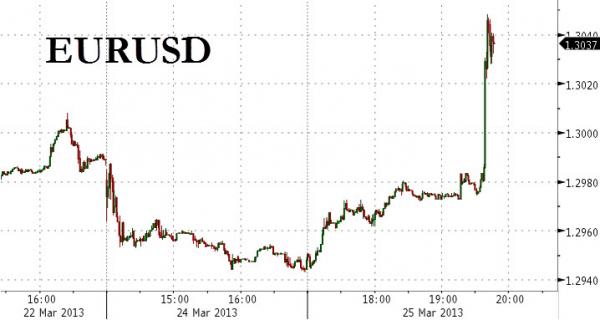 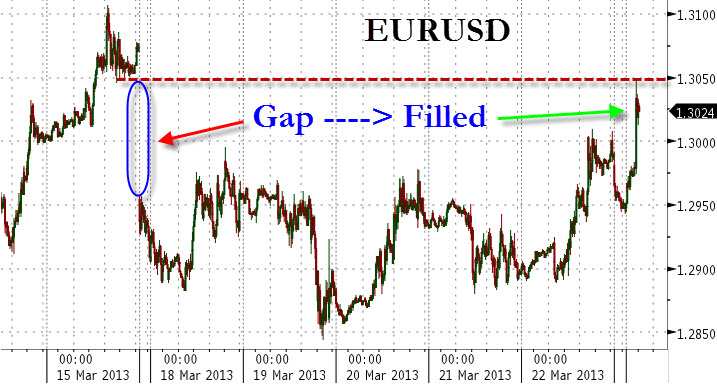 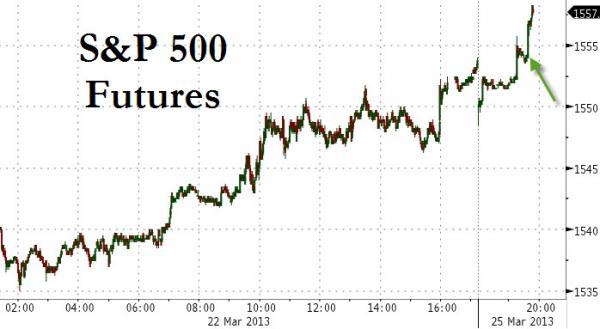 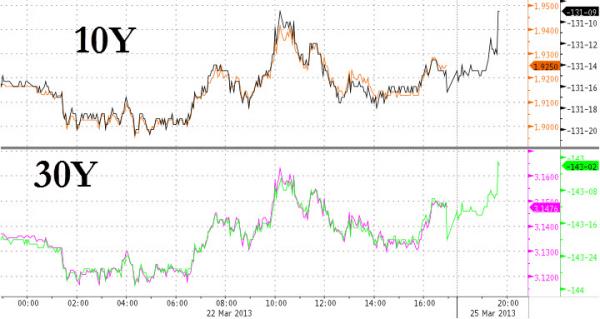 This is far from over…

So let us get this straight, we have no further information on the actual terms of the deal than we did on Friday afternoon; the government (who rejected the deal last week) has no details of the deal yet; and the actual impairment for the depositors is far worse than last week’s rejected deal; and the market is rallying…

UPDATE: There is talk that there may be no need for the government to vote for this – since it is not a ‘tax’ but a bank restructuring. It seems they have kept it in the bankers… the ECB (in its independent way) tells the Cypriot NCB what it should do, the Cypriot central bank then restructures its bank how it sees fit – good/bad bank and haircuts where it sees fit – this then gets around need for vote from government AND any possibility of a European Union law (on taxation) being broken…