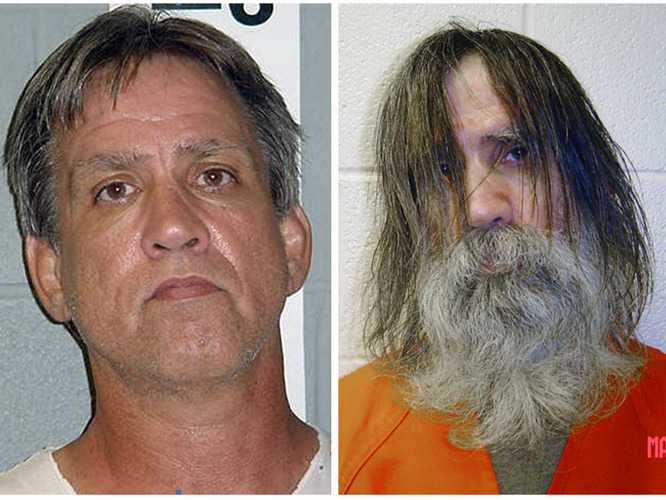 Stephen Slevin, who spent more than 22 months in solitary confinement despite not being convicted of a crime, is seen here in Dona Ana County Sheriff’s Department photos, before and after his time in solitary.

When he was arrested for driving under the influence of alcohol and other charges in 2005, Stephen Slevin had no way of knowing that an opinion about his mental state would put him on a path to spend more than 22 months of solitary confinement in a New Mexico county jail, despite never having his day in court. This week, he reached a $15.5 million settlement with Dona Ana County.

Soon after his arrest, it was determined that Slevin suffered from depression. An official also said he was a suicide risk. Those concerns evidently led to his being put in solitary confinement, where he was forgotten and neglected. Slevin’s efforts to get help while in jail were consistently ignored. His attorney says a doctor routinely wrote prescriptions for Slevin without seeing him in person.

During his confinement, Slevin’s mental and physical health deteriorated. He told local KOB-4TV that he resorted to pulling his own tooth after he was denied access to a dentist. He lost weight and developed a fungal infection on his skin; his hair and toe nails grew long and unkempt.

Slevin’s sister and other family members tried to draw attention to his plight, but his eventual release was granted after “his mental state deteriorated to the point where he was deemed unfit to participate in his defense,” NBC News reports.

“Why they did what they did, I have no idea,” Slevin told KOB-4TV after winning a court case against the county in January. A federal jury initially awarded him $22 million; a settlement was reached after the county appealed.

“The county jail has an annual budget of $23.5 million, up from $12.7 million in 2006,” the AP reports. “Most of the money has gone toward improving staff, training and inmate access to care and services.”

1 thought on “US: County Will Pay $15.5 Million To Man Who Spent 22 Months In Solitary Confinement”