While we can only hope the following screed posted in an otherwise serious BusinessWeek, by David Kemper, CEO of Commerce Bankshare, and more importantly, a former president of the Federal Advisory Council of the Federal Reserve and thus indicative of the kind of “advice” the Fed receives, is a joke we have a very nagging feeling that the text below is actually serious. Which is why instead of Friday humor, we have decided to err on the side of caution and call this segment Friday tragicomedy. Because with a statement such as the following: “Why not expand the Fed balance sheet exponentially, from its current $3 trillion to $33 trillion… Would $30 trillion in extra buying power be inflationary when our entire current GDP is only about $15 trillion? Maybe, maybe not—but we need a game-changer here. First let’s celebrate the Fed’s record profits and its contribution to reducing our deficit. Then let’s seize the moment to do something truly grand: eliminate that stubborn deficit. We have the tools, and I, for one, say let’s give it a try.”… it shows that the idiotic trillion dollar coin, Sheila Bair’s farcical suggestion to let every American borrow $10 million from the Fed at zero rates, or even our suggestion from a year ago that the government build a Death Star, may appear as sheer genius in comparison to what else the Fed may be considering, and implement, before all this is said and done. 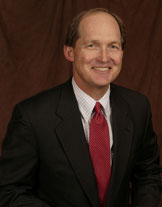 The ongoing depressing news about the American fiscal situation has obscured the startling and very impressive earnings performance recently announced by the Federal Reserve. The Fed, in its usual understated way, just revealed it will be turning over $90 billion in 2012 profits to the U.S. Treasury, a much-needed contribution that will put a sizable dent in our nation’s current $1 trillion federal deficit.

The Fed’s earnings performance over the last several years has been exceptional. It earned more than twice Apple’s after-tax earnings last year, the result of a simple but powerful strategy: borrow money at very low rates, then buy long-term bonds.

Now, some people might question the Fed’s exceptional results and point out that it has an unfair advantage in that it has a monopoly on manufacturing the U.S. dollar. Yes, the Fed does have extraordinary profit margins, since its cost of goods sold is close to zero (basically paper, some bond traders, and access to the Internet), and yes, so far the demand for new dollars seems unlimited. Meanwhile, we as a society seem to have no stomach for trying to reduce our soaring deficit and our accelerating entitlement programs. No one in our federal government seems to be willing to work out a long-term fiscal solution. Why not go with a business model that has proven to be such a winner?

That is why I propose the Federal Open Market Committee’s next move be to take our central bank to a whole new level—a 2013 campaign that I call QE Cubed. Why not expand the Fed balance sheet exponentially, from its current $3 trillion to $33 trillion? Earning an extra 3 percent on another $30 trillion in bonds would allow the Fed to return an additional $900 billion to the Treasury—thus wiping out most of our federal deficit while avoiding actually having to do anything about current government spending.

I’m sure some skeptics will scoff that this might be a little irresponsible. They make invoke memories of Weimar Germany. And, oh, by the way, where is the Fed going to find $30 trillion in acceptable bonds? I am the first to admit that the Fed will have to buy all $15 trillion or so of our current U.S. debt, as well as most of our agency and some corporate debt, in order to reach an additional $30 trillion. But we can make this happen! Here’s the plan:

The Fed will buy all outstanding Treasury debt held by our major creditors–including the Chinese, the Japanese, the Saudis, Bill Gross, and everybody else. This is not a bad thing; it is a major opportunity consistent with current monetary policy. Let’s cut through the economic mumbo-jumbo and put it in human terms: Would you, the American taxpayer, rather owe money to your benevolent rich uncle (the Fed) who is trying to get you a job, or to your no-good brother-in-law (you know who) who is out to steal your business and all your intellectual property? Not a difficult decision. Our current creditors, flush with cash from a $30 trillion infusion, would have to buy something else, further driving up asset prices and lowering interest rates.

Would $30 trillion in extra buying power be inflationary when our entire current GDP is only about $15 trillion? Maybe, maybe not—but we need a game-changer here. First let’s celebrate the Fed’s record profits and its contribution to reducing our deficit. Then let’s seize the moment to do something truly grand: eliminate that stubborn deficit. We have the tools, and I, for one, say let’s give it a try.