It seems like it was only yesterday when we were praising the miraculous 4 sigma move in AAPL stock, when it soared by nearly $40 in one trading session. It wasn’t: it was November 19. Which is why it probably shouldn’t be surprising that two short weeks later AAPL stock has just seen its biggest dollar fall in absolute terms in history, down $37 dollars or nearly 7%, its biggest one-day percentage drop since September 2008. Why? Nobody really knows, but when the world’s biggest company by market cap trades increasingly like a penny stock, does anyone really care?

In absolute terms, AAPL has lost nearly $35 billion in market cap in several hours today: more than the market cap of BlackRock, Morgan Stanley or Wal-Green, with no real material news except for the occasional weak order hearsay (which one didn’t really need considering the US and global consumer is totally tapped out), and various other rumors. One thing is certain: the 240+ hedge funds who owned the stock as of September 30, and which did their best to paint the tape for November, are now at a complete loss what to do to delay what was certainly going to be a redemption avalanche for the second month in a row.

Histogram of $ moves in AAPL stock in the past two years: 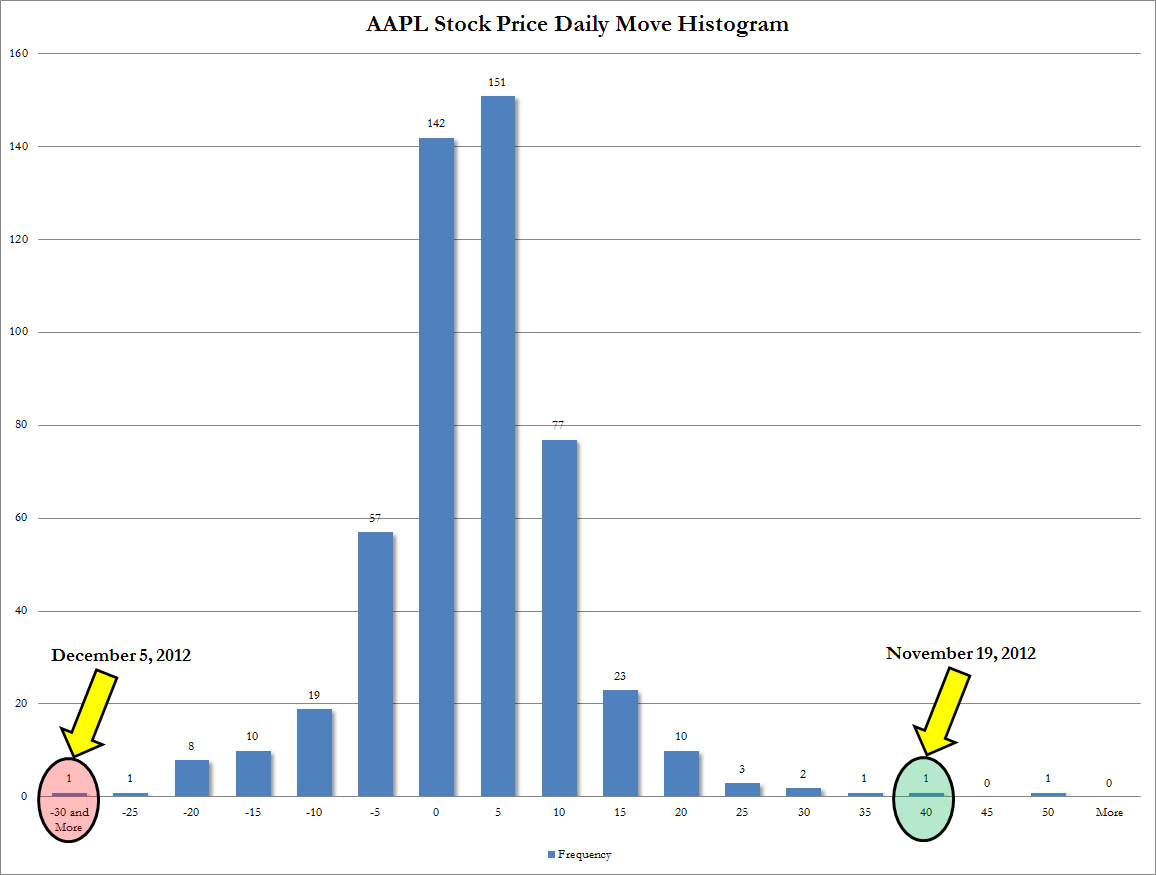 From near record upswing, to record downswing: is this what a healthy centrally-planned market looks like?

One thing is certain: these guys don’t care. These guys are letting the margin calls go straight to voicemail. 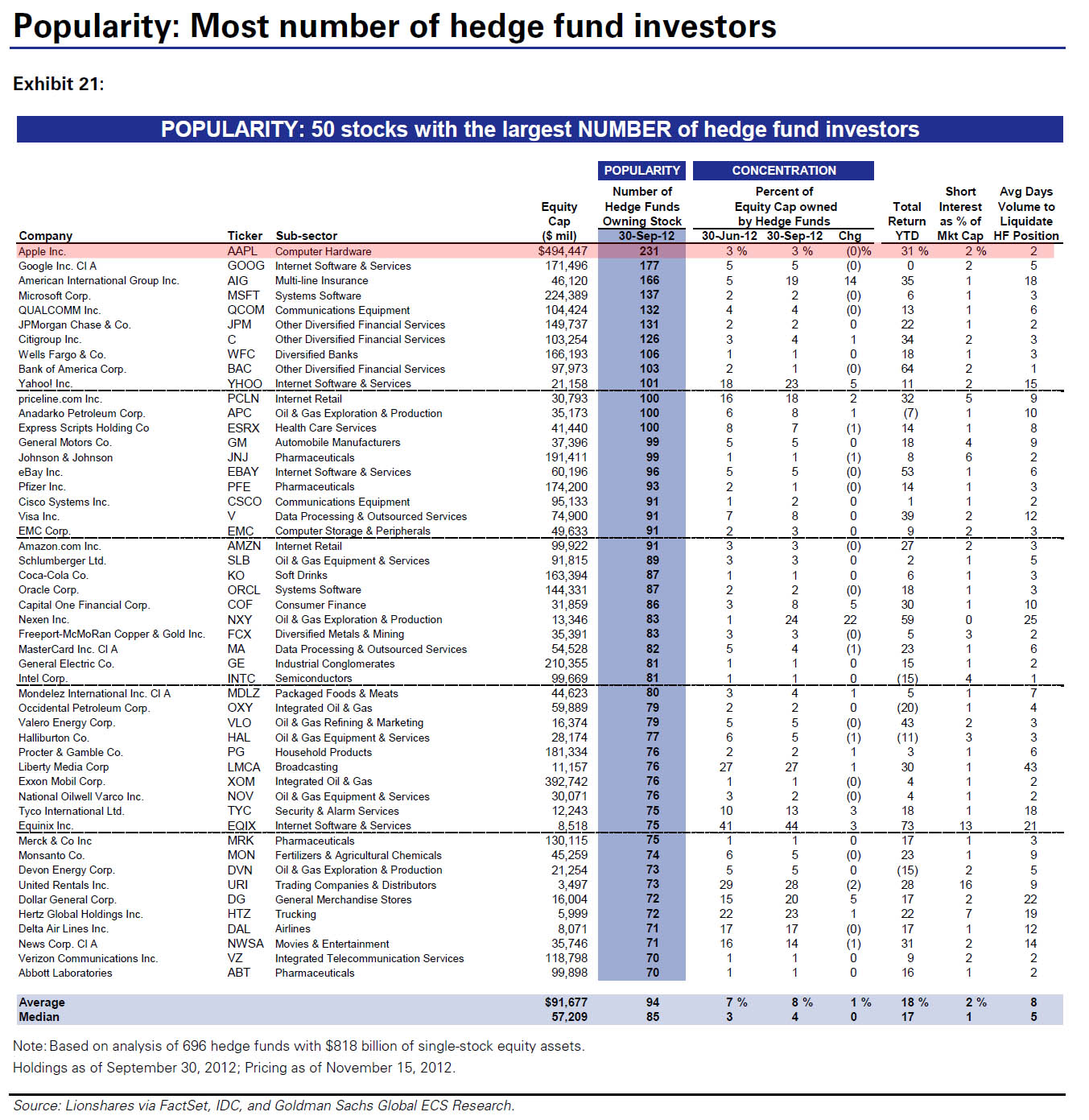 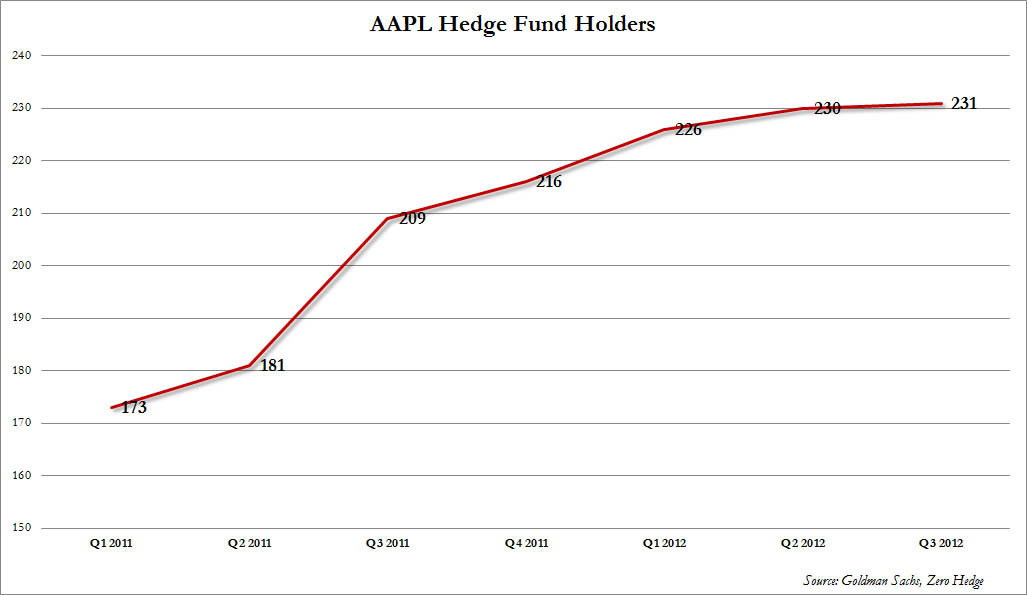