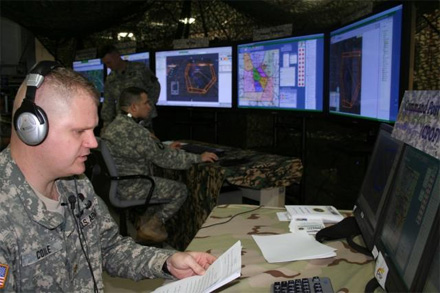 The National Security Agency has refused to release details of a secret presidential directive which experts believe could allow the military and intelligence agencies to operate on the networks of private companies, such as Google and Facebook.

As we reported last week, an article in the Washington Post, cited several US officials saying that Obama signed off on the secret cybersecurity order, believed to widely expand NSA’s spying authorities, in mid-October.

“The new directive is the most extensive White House effort to date to wrestle with what constitutes an “offensive” and a “defensive” action in the rapidly evolving world of cyberwar and cyberterrorism.” the report states.

In response to the move, lawyers with the Electronic Privacy Information Center (EPIC) filed a Freedom of Information Act (FOIA) request (PDF) demanding that the Obama administration make public the text of the directive.

The NSA responded to the FOIA request this week with a statement arguing that it does not have to release the document because it is a confidential presidential communication and it is classified.

“Disclosure could reasonably be expected to cause exceptionally grave damage to the national security.” the NSA response reads.

“Because the document is currently and properly classified, it is exempt from disclosure,” the statement notes.

Attorneys for EPIC say they plan to appeal and force the text of the secret directive to be publicly disclosed.

In an official statement to Congress earlier this year, EPIC explained that the NSA was a “black hole for public information about cybersecurity.”

EPIC is also involved in ongoing lawsuits involving the secret nature of the NSA’s relationship with search engine giant Google, and a similar secretive presidential directive issued in 2008 regarding the NSA’s cybersecurity authority.

As we have also noted, the latest secret directive appears to also legally enable the US military and the NSA to use newly created computer viruses to attack any organisation or country deemed to be a cyber threat. Obama has already shown the willingness to carry out such attacks, as new details surrounding the 2010 stuxnet attack revealed earlier this year.