The traditional excuse apologists for America’s collapsing labor force participation rate use every month is that due to “demographics” and retiring baby boomers, increasingly more old workers are no longer counted by the BLS and as a result, are skewing the labor force. That’s where they leave it because digging into details is not really anyone’s forte anymore. This would be great if it was true. It isn’t.

A month ago in “55 And Under? No Job For You” we presented visually and quite simply that of the 3.3 million jobs “created” (updated for October’s data), a gasp-inducing 3.8 million has gone to workers aged 55 and over, or the one cohort that according to conventional wisdom is retiring, and actively leaving the workforce. How can America’s elderly workers account for more than the total? Simple: workers in the young (16-19) and prime (25-54) cohorts have cumulatively lost a whopping 1.3 million, with just the 25-54 age group losing 842,000 jobs (don’t believe us: spot check it right here courtesy of the Fed). 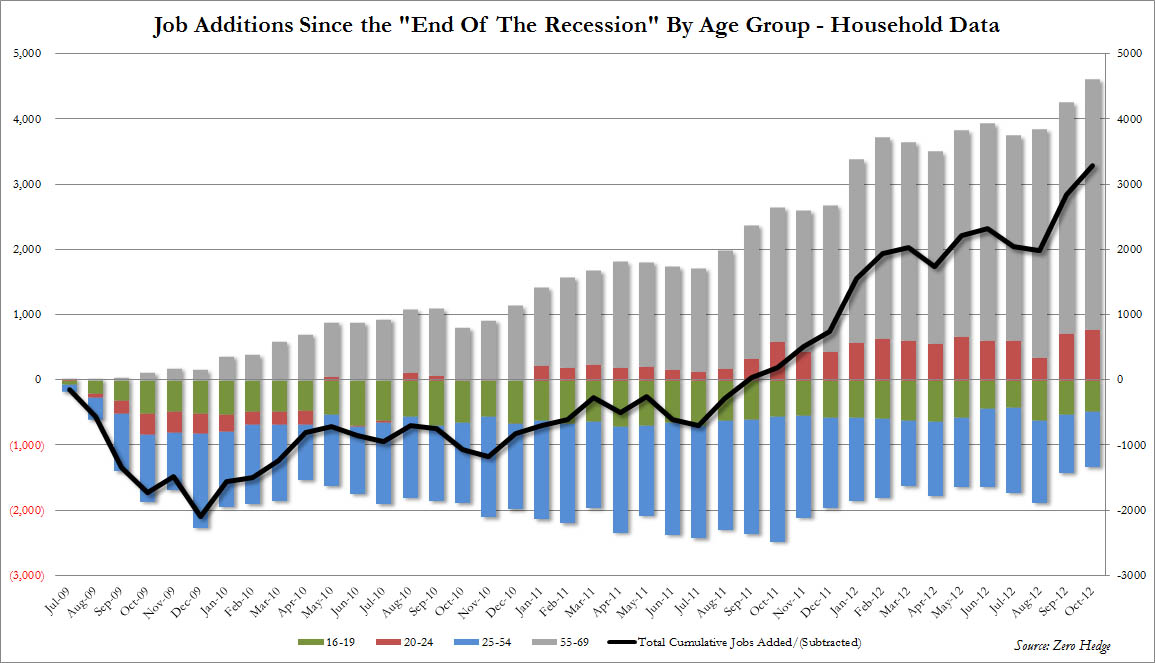 In other words, America’s edlerly are not only not in a rush to retire, they are reentering the workforce (thanks to the Chairman’s genocidal savings policy which has just rendered the value of all future deposits worthless thanks to ZIRP), and in doing so preventing younger workers, in their prime years, from generating incremental jobs.

And nowhere is this more visible than in today’s jobs report. On the surface, the US generated a whopping 413,000 jobs (after generating a massive 873,000 last month) according to the Household Survey in October. That’s great, unfortunately breaking down this cumulative addition by age cohort confirms precisely what we have said: all the jobs are going to old workers, who have zero wage bargaining leverage (as they just want to have a day to day paycheck). To wit: when broken down by age group, the total October increase shows that of the new jobs, 10.7% went to those aged 16-19 (source), 11.6% went to those aged 20-24 (source), a tiny 9.8% went to the prime agr group: 25-54 (source), and a massive 67.8% went to America’s baby boomers: those aged 55 and over (source), and who refuse to leave the workforce and make way for others.

Visually, this is as follows: 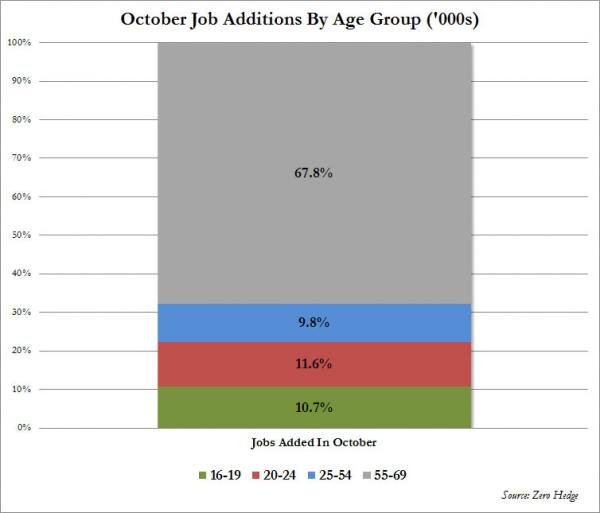 But the most eye-opening chart is this one showing jobs in the 25-54 and 55 and over categories: 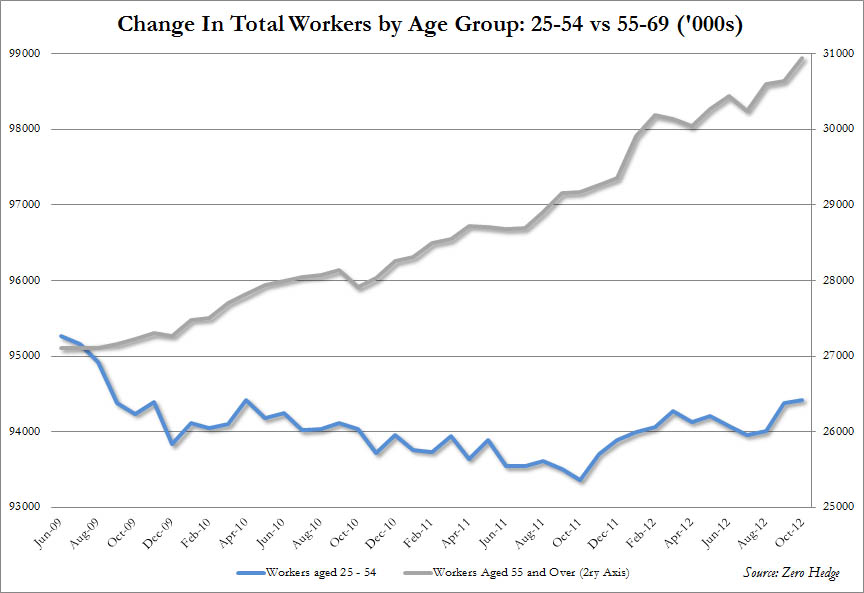 And one wonders why America’s labor force has no bargaining power, and why average hourly wages are imploding, and why nobody can afford anything anymore…

Finally, all of the above excludes previous disclosures that the bulk of jobs created in the past 4 years is in the part-time job catergory.