First it was governor Cuomo, now it is Mike Bloomberg holding a press conference discussing advance preparations for Sandy, and just like last year, the first thing to be done, is the order of a mandatory evacuation of all low-lying areas, where some 375,000 New Yorkers live, contained in Zone A – those who don’t voluntarily evacuate will not be arrested, but are being “selfish” according to Mayor Mike (it is unclear what happens if the non-evacuatees are also found to be in possession of a highly illegal 32 Oz coke container… that may be a felony offense). Depending on the storm surge, if any, it is likely that Zones B and C will also be evacuated. To find if you live in a zone to be evacuated, go to this website, alternatively the full hurricane evacuation preparedness map is presented below. And remember: if packing a go bag: no sugar… anything but sugar, or else Nurse Sam will be very angry.

Below is a map showing that virtually the entire downtown financial sector, including Goldman HQ, falls into Zone A. If the evacuation escalates to include Zone C, none other than the New York Fed (where over 20% of the world’s gold is held) will also be empty. 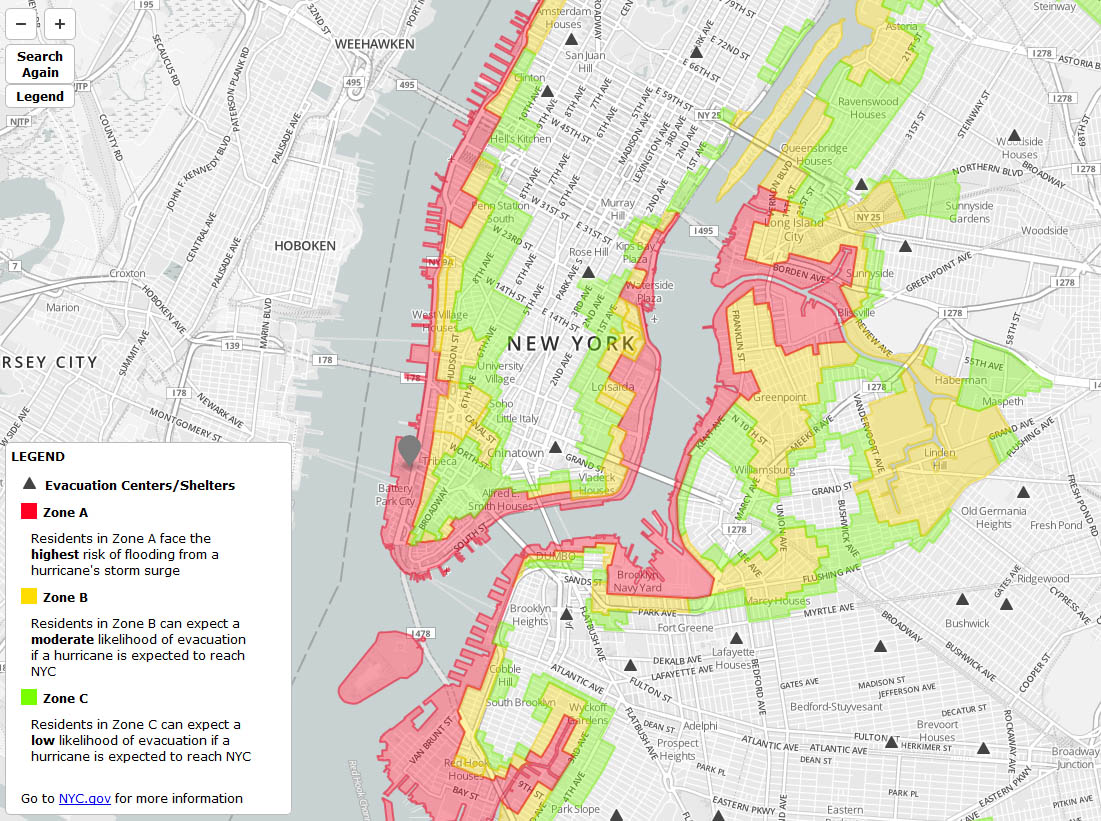