Whereas some may have welcomed the latest development in the Great French Socialist Revolution chronicles, primarily those 8-16 year olds who would directly benefit from president Francois Hollande’s attempt to capture the vote of those still ineligible to actually vote, by promising to do away with homework (because it encourages “inequality” as homework apparently “favors the wealthy”), everyone else saw right through it for the sad attempt at populism it was. Luckily, the impact of this idiotic policy, if it were to actually pass, would not be visible for at least a decade at which point French society would be so dumb (not to mention poor) that few would actually care. However, another proposal being currently contemplated in France may have far more immediate terminal consequences to the life expectancies of those personally experiencing the reincarnation of wholesale of socialism. Because as Bloomberg notes, “Heating a French home could soon require an income tax consultation or even a visit to the doctor under legislation to force conservation in the nation’s $46 billion household energy market.” Congratulations Europe: in your ongoing crusade of wealth redistribution (when all this could have been averted if you, and the US, had simply allowed the banks who control your society to collapse), you are about to make heating one’s home a privilege for the despised Bourgeoisie, an act which must be monetarily punished, and socially ostracized.More on this sad and pathetic at the same time development, coming to broke socialist countries near you:

A bill adopted by the lower house this month would set prices that homes pay based on wages, age and climate. Utilities Electricite de France SA and GDF Suez SA (GSZ) will use the data to reward consumers who cut power and natural gas usage and penalize those whom regulators decide are wasteful.

Socialist President Francois Hollande is pushing boundaries of privacy and privilege in carrying out a campaign promise to reduce energy costs. France, which built the world’s biggest reliance on nuclear power as other nations buckled under public anxiety over atomic energy, is now seeking support to reward homes for “negawatts,” or not using a kilowatt of power.

The law would be unique to France and is symbolic to the Socialists, a government official who declined to be identified said yesterday. Households bought 35 billion euros ($46 billion) of energy in 2011, including power, gas and other heating fuels.

This is how the government plans on actually micromanaging the implementation of this proposal:

The government and regulator will set the reward and penalty incentives under which households using less than their allotted base volume of energy get rebates while those surpassing the limits pay higher rates. The difference could be as much as 60 euros a megawatt-hour, according to the draft.

This could translate into penalties of 600 euros a year for a home “leaking heat” compared to a well-insulated one, according to opposition lawmaker Antoine Herth. Environmental Minister Delphine Batho told senators the government will provide its own simulations of the effects on household bills, which will be “reasonable” so as to act as an incentive.

Ironically, the communists are against it.

The proposed law was adopted by the National Assembly on Oct. 4 and is set for Senate debate later this month. Opposition from Communist members has pushed a Senate commission to postpone its examination until Oct. 23 so some revisions can be made. The draft contravenes the principle of equal access to energy across France and should be completely revised, Communist senators said in a statement late yesterday.

Of course, what the bill will ultimately achieve is to collapse revenue at the private (for now) corporations that actually provide electricity, leading to more unemployment, less corporate tax revenues, and ultimate even higher prices passed through in different ways. Oh, and a higher deficit for France, as a result of both declining tax revenue, and higher spending which will be needed to subsidize both the public and eventually private sector, once the energy companies start defaulting left and right.

EDF and GDF Suez would be the most exposed because of their dominant positions. EDF supplies power to 28 million household clients in France, while GDF Suez provides gas to 9.4 million customers, giving them respective market shares of 93 percent and 90 percent by volume, according to the regulator.

“It won’t be beneficial for the utilities, it will be neutral at best,” Emmanuel Retif, analyst at Raymond James Euro Equities in Paris, said by e-mail. “If it were to be beneficial, heating bills would have to rise and that’s not what the government is trying to do.”

Fear not, though, in its attempt to turn its once grand nuclear energy industry on its head, France and Hollande will simply borrow some other comparably brilliant “green energy” ideas from his ideological brethren, and centrally-plan the mandated roll out of a mini-solar power plant in every home.

Because it is only fair.

Alternatively, there is always this option for home heating: 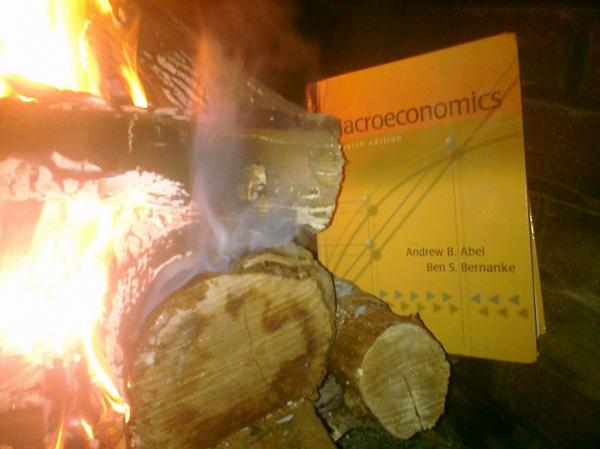