While the 0.4% perfectly unmanipulated and totally coincidental swing in the unemployment rate in an Obama favorable direction one month before the election came at a prime time moment for the market, one hour ahead of the open, setting the market mood for the rest of the day (which despite all best efforts still closed red, valiant efforts by Simon Potter and the FRBNY’s direct pipe to Citadel notwithstanding), there was one other, far more important data point released by the government’s department of agriculture, sufficiently late after the market close to impact no risk assets. That data point of course was foodstamps (or the government’s Supplemental Nutrition Assistance Program, aka SNAP), and we are confident that no readers will be surprised to learn that foodstamp usage for both persons and households, has jumped to a new all time record.At 46,681,833 million the persons hooked on SNAP, the July number crossed the previous record posted a short month before, as the foodstamp curve continues ‘plumbing’ newer and greater heights each month.

More disturbing is that in the same month, the number of US households reliant on foodstamps rose by a whopping 99,493 to 22,541,744. Assuming a modest 2 persons per household, the increase means that more people went on Foodstamps in the month of July than found jobs (181,000 according to the latest revised NFP data). Furthermore, it appears that buying votes has become a tad more expensive in the past month. After the benefit per household dipped to a record low in April at just $275.81, this has since retraced some of its losses and is now at an inflationary $277.92. Oh well: inflation.

Adding the number of disability recipients in the month of July, which in that month rose by 20,474, and one can see why the government is quite happy with dumping this particular release long after everyone was on their way back home for the weekend.

Finally, and putting it all into perspective, since December 2007, or the start of the Great Depression ver 2.0, the number of jobs lost is 4.5 million, while those added to foodstamps and disability rolls, has increased by a unprecedented 21 million. Oh and about $7 or $8 trillion in debt. Who’s counting really.

And this is the real and only key economic statistic of today that nobody wants to talk about, because it is equally the fault of both parties. 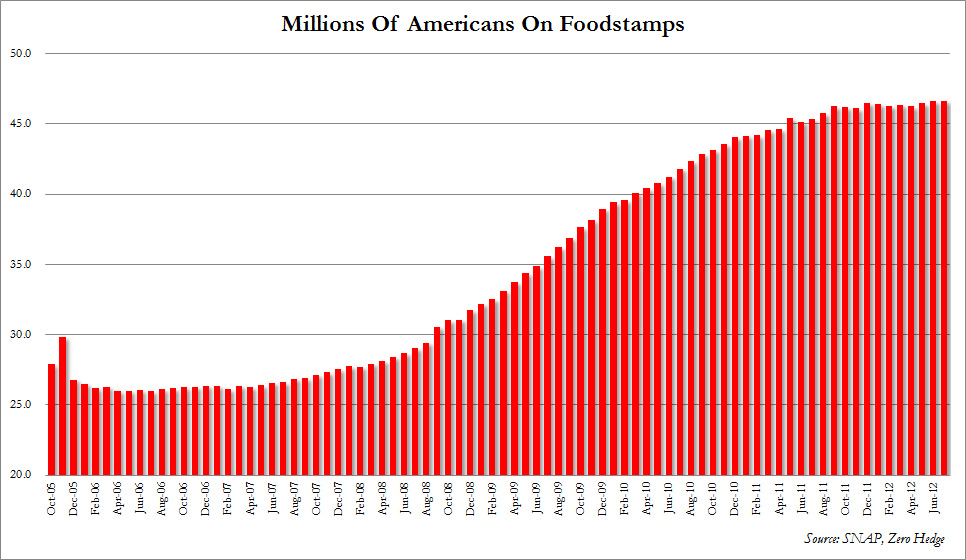 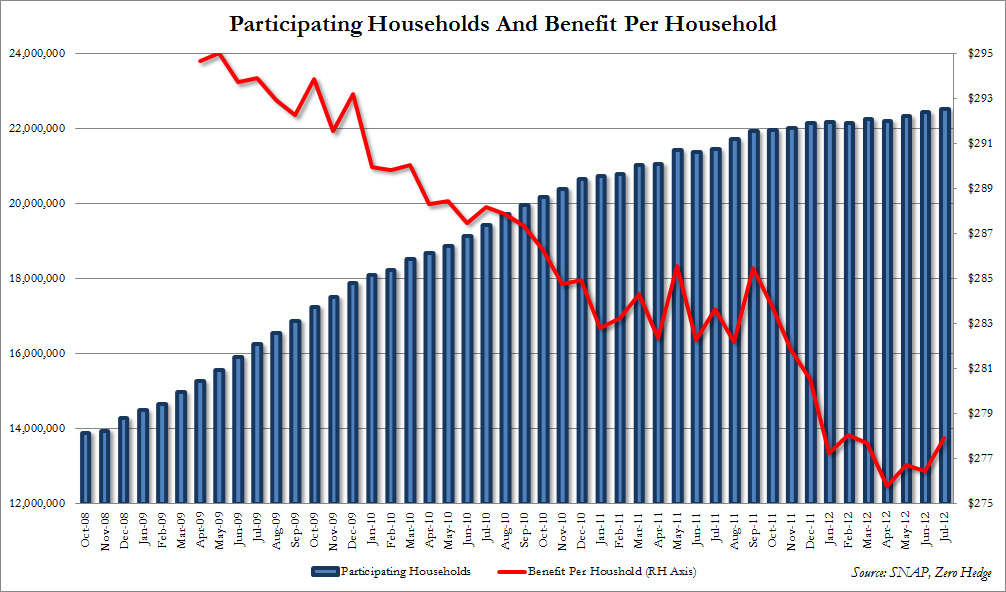 Putting it all into perspective: Jobs versus Foodstamps/Disability: 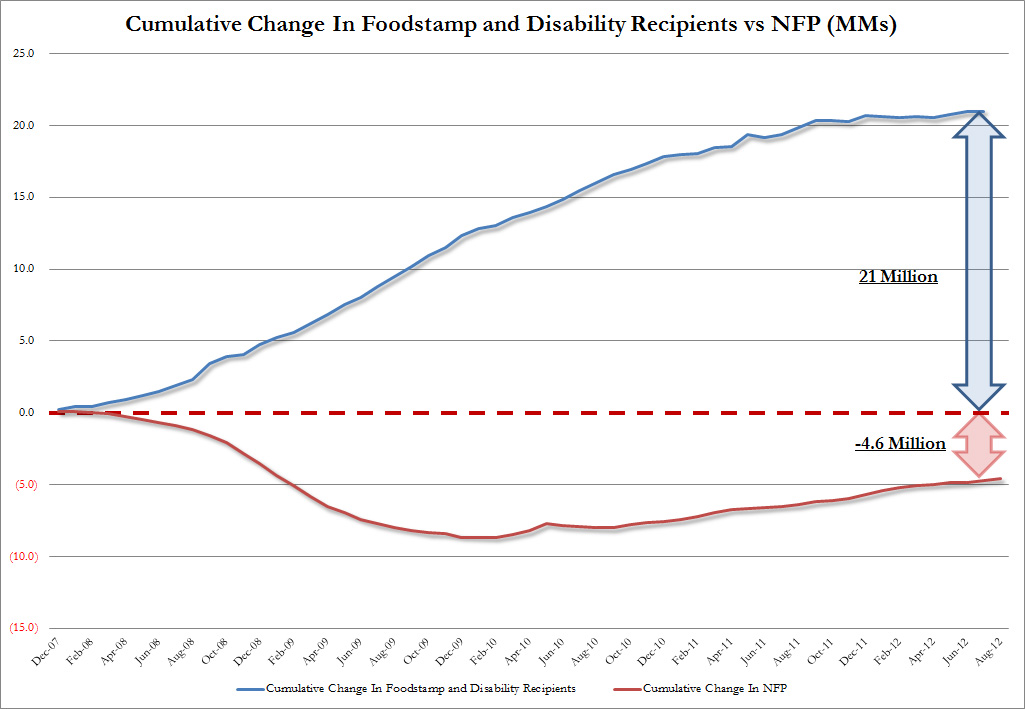