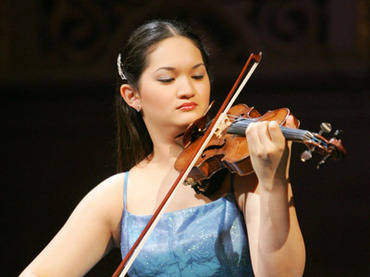 German customs have confiscated a Stradivarius violin worth $7.6m from a professional violinist claiming she may plan to sell it, the Japanese owner of the violin says. The musician must pay $1.5m customs duty if she wants it back.

Yuki Manuela Janke was returning home to Germany on September 28 after giving a performance in Tokyo, when customs officers confiscated the instrument at Frankfurt airport, according to the Nippon Music Foundation. The customs said it would hold the instrument until the import tax is paid.

The instrument known as ‘The Muntz’ violin is owned by the Japan-based Nippon Foundation and has been leased to Janke since 2007. It was seized even though the musician had documentation, including her loan contract with the foundation, proof of insurance on the instrument, the violin’s photograph, and papers proving that the instrument was legally imported to Japan, AFP reports. The 1741 violin is one of the last instruments made by Antonio Stradivari.

The foundation says there is no reason Janke has to pay the duty because it owns the violin and she is only leasing it.

“This is clearly a problem. They (German officials) don’t have anything specific to tell us, like ‘if you have these (documents), you are OK’,” Kinya Narabayashi, of the Nippon Music Foundation told AFP.

Earlier this year another violinist Belgium-based Yuzuko Horigome faced the same situation. Customs officers confiscated her 1736 Guarnerius violin worth $1.2 million. The instrument was seized in August because she failed to provide proof of ownership. The instrument was returned in September and Horigome paid no duty, The Japan Times reports.

The Nippon Foundation owns 20 top string instruments such as those created by Stradivari and loans them to acclaimed musicians.