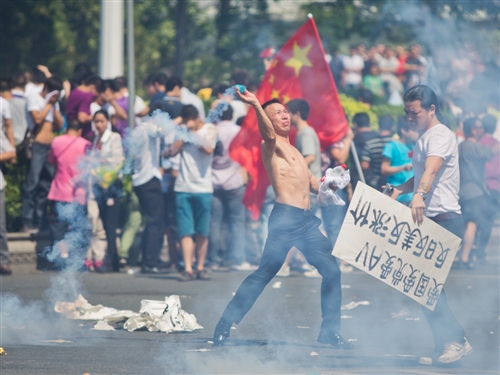 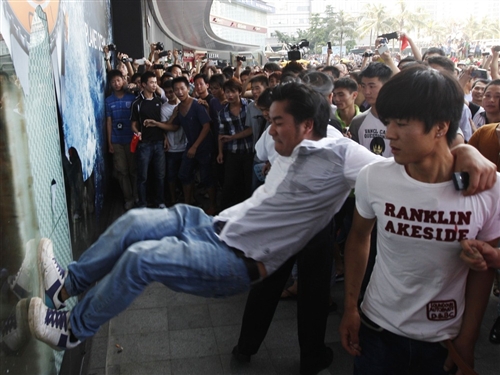 In Tokyo, electronics giant Panasonic Corp said Monday it has suspended production at two electronics components factories in China and closed another, telling workers to stay at home after the facilities were attacked by anti-Japan protesters.

Atsushi Hinoki, a Tokyo-based Panasonic spokesman, said another plant in China has been closed after several workers “sabotaged” operations in the factory. The plant will also remain closed until Tuesday – a memorial day in China when it marks the anniversary of Japan’s 1931 occupation of parts of mainland China. 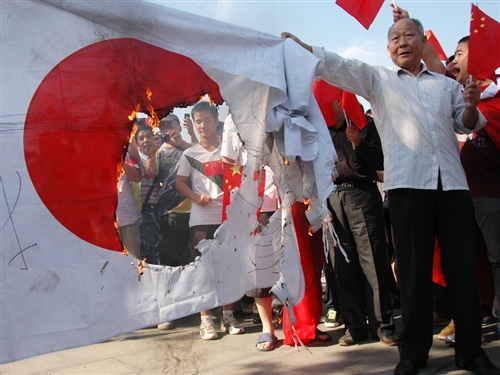 Chinese demonstrators set fire to a Japanese national flag during a protest over the Diaoyu islands issue, known as the Senkaku islands in Japan, in Wuhan, China, on Sunday.