Overfishing has left fewer than 100 adult cod in the North Sea, it was reported. 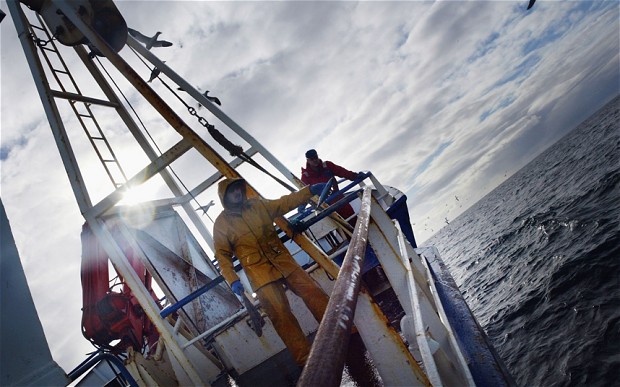 Not a single cod aged over 13 was caught in the North Sea last year. Photo: GETTY

A survey of catches at European ports has found that fishermen did not catch a single cod over the age of 13 last year.

The findings raise concerns for future stocks of cod, which become more fertile as they age. The fish can live as long as 25 years and grow to 6ft.

Callum Roberts, professor of marine biology at York University, told the Sunday Times that intense industrial fishing meant that few fish survived beyond the age of four, when they reach sexual maturity.

“This means that there are fewer eggs and larvae to perpetuate future generations,” he said.

Analysis of around 500,000 fish in England and Wales found 191 million one-year-old cod and just 18 million three-year-olds.

The decline in cod has also meant a rise in populations of their prey such as scampi.

The research was carried out by Defra’s fisheries laboratory, the Centre for Environment, Fisheries and Aquaculture Science (Cefas).

“None of the catches recorded at North Sea ports around Europe showed any fish aged 13 or over. Analysis of that data suggests there are fewer than 100 such fish in the whole North Sea.”

Scientists have appealed for a reduction in the cod quote from the North Sea down to 25,600 tons next year.

Barrie Deas, chief executive of the National Federation of Fishermen’s Organisations, said: “The most effective measure in rebuilding fish stocks seems to be removing vessels from service by paying owners to decommission them.”