So elite puppet Mitt Romney or elite puppet Obama? There is not much difference. They are serving the same elite masters.

More links and info down below. 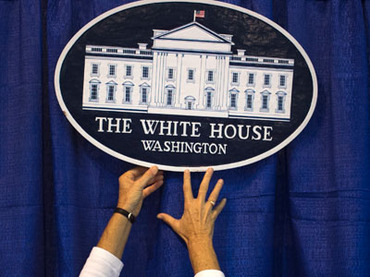 The White House has asked the US Second Circuit Court of Appeals to place an emergency stay on a ruling made last week by a federal judge so that the president’s power to indefinitely detain Americans without charge is reaffirmed immediately.

On Wednesday, September 12, US District Court Judge Katherine Forrest made permanent a temporary injunction she issued in May that bars the federal government from abiding by the indefinite detention provision in the National Defense Authorization Act for Fiscal Year 2012, or NDAA. Judge Forrest ruled that a clause that gives the government the power to arrest US citizens suspected of maintaining alliances with terrorists and hold them without due process violated the Constitution and that the White House would be stripped of that ability immediately.

Only hours after Judge Forrest issued last week’s ruling, the Obama administration threatened to appeal the decision, and on Monday morning they followed through.

At around 9 a.m. Monday, September 17, the White House filed an emergency stay in federal appeals court in an effort to have the Second Circuit strip away Judge Forrest’s ruling from the week earlier.

“Almost immediately after Judge Forrest ruled, the Obama administration challenged the decision,” writes Chris Hedges, a Pulitzer Prize-winning journalist that is listed as the lead plaintiff in the case. According to Hedges, the government called Judge Forrest’s most recent ruling an “extraordinary injunction of worldwide scope,” and Executive Branch attorneys worked into the weekend to find a way to file their stay.

“The Justice Department sent a letter to Forrest and the Second Circuit late Friday night informing them that at 9 a.m. Monday the Obama administration would ask the Second Circuit for an emergency stay that would lift Forrest’s injunction,” Hedges writes. “This would allow Obama to continue to operate with indefinite detention authority until a formal appeal was heard. The government’s decision has triggered a constitutional showdown between the president and the judiciary.”

Attorney Carl Mayer, a counsel for Hedges and his co-plaintiffs, confirmed to RT early Monday that the stay was in fact filed with the Second Circuit.

“This may be the most significant constitutional standoff since the Pentagon Papers case,” Carl Mayer says in a separate statement posted on Mr. Hedge’s blog.

Bruce Afran, who serves as co-lead counsel along with Mayer, tells Hedges that the White House could be waging a war against the injunction to ensure that the Obama administration has ample time to turn the NDAA against any protesters participating in domestic demonstrations.

“A Department of Homeland Security bulletin was issued Friday claiming that the riots [in the Middle East] are likely to come to the US and saying that DHS is looking for the Islamic leaders of these likely riots,” Afran tells Hedges. “It is my view that this is why the government wants to reopen the NDAA — so it has a tool to round up would-be Islamic protesters before they can launch any protest, violent or otherwise. Right now there are no legal tools to arrest would-be protesters. The NDAA would give the government such power. Since the request to vacate the injunction only comes about on the day of the riots, and following the DHS bulletin, it seems to me that the two are connected. The government wants to reopen the NDAA injunction so that they can use it to block protests.”

Hedges, who has previously reported for papers including the New York Times and the Christian Science Monitor, argued that his job as a journalist requires him to routinely interact and converse with persons that may be considered terrorists in the eyes of the US government.

Under the NDAA, Americans “who was part of or substantially supported al-Qaeda, the Taliban or associated forces that are engaged in hostilities against the United States or its coalition partners” can be held in prison cells “until the end of hostilities,” vague verbiage that essentially allows for those suspect of such associations to be decided under the discretion of US President Barack Obama or any federal agent underneath him.

“Because the language is so vague in this law,” Mr. Mayer explains to RT, “if any journalist or activist is seen as reporting or offering opinions about groups that could somehow be linked not just to al-Qaeda but to any opponent of the United States or even opponents of our allies”

“I spent many years in countries where the military had the power to arrest and detain citizens without charge,” Hedges wrote when he first filed his suit in January. “I have been in some of these jails. I have friends and colleagues who have ‘disappeared’ into military gulags. I know the consequences of granting sweeping and unrestricted policing power to the armed forces of any nation. And while my battle may be quixotic, it is one that has to be fought if we are to have any hope of pulling this country back from corporate fascism.”

Monday morning, Hedges once more responded to the White House’s relentless attempts to reauthorize powers granted under the NDAA, asking, “If the administration is this anxious to restore this section of the NDAA, is it because the Obama government has already used it? Or does it have plans to use the section in the immediate future?”

“The decision to vigorously fight Forrest’s ruling is a further example of the Obama White House’s steady and relentless assault against civil liberties, an assault that is more severe than that carried out by George W. Bush,” writes Hedges. “Obama has refused to restore habeas corpus. He supports the FISA Amendment Act, which retroactively makes legal what under our Constitution has traditionally been illegal — warrantless wire tapping, eavesdropping and monitoring directed against US citizens. He has used the Espionage Act six times against whistle-blowers who have exposed government crimes, including war crimes, to the public. He interprets the 2001 Authorization to Use Military Force Act as giving him the authority to assassinate US citizens, as he did the cleric Anwar al-Awlaki. And now he wants the right to use the armed forces to throw U.S. citizens into military prisons, where they will have no right to a trial and no defined length of detention.”

In his latest blog post, Hedges acknowledges, “The government has now lost four times in a litigation that has gone on almost nine months.”

So true and highly recommended: