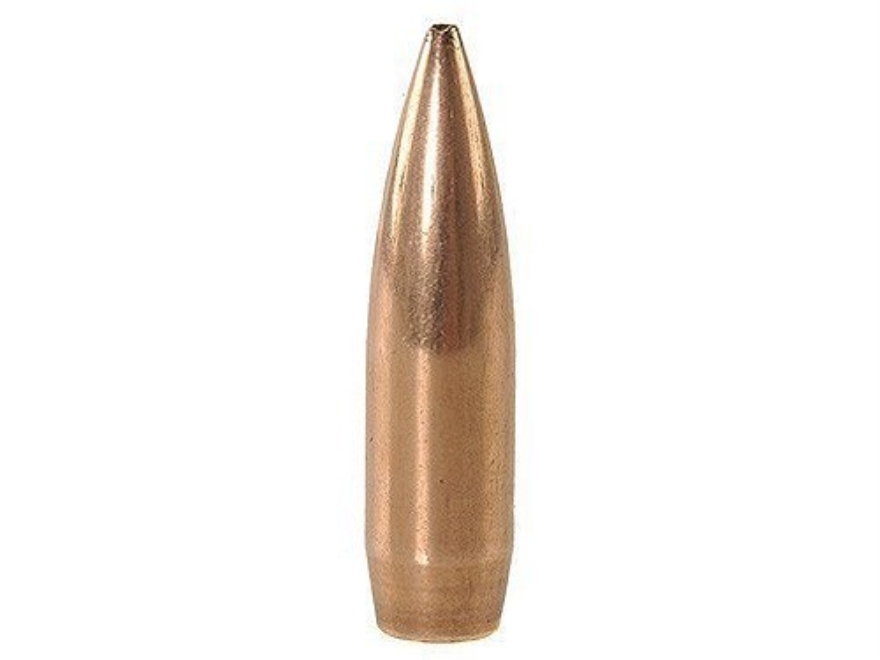 However, it is the type of ammunition and not necessarily the quantity that is troubling.

The .223 caliber round is a decent hunting round, but those are not the rounds to be concerned about.

Why the .308? Because the same folks at DHS think they need two types of .308 caliber rounds. Blank ammunition and 168 grain hollow point boat tail ammunition.

Nevertheless, have no fear; DHS only needs 25,000 rounds to develop good sniper skills.

Because, they have also ordered 176,000 rounds of the .308 caliber hollow point boat tail (HPBT) rounds.

Boat tail ammunition is incredibly accurate ammunition. From the legal opinion from the US Navy JAG in support of using hollow point ammunition:

[?]marksmanship training units have established unequivocally the superior accuracy of the M852 [M852 is the Sierra MatchKing 168-grain match grade boat tail, ogival spitzer tip bullet with an open tip]. Army tests noted a 36% improvement in accuracy with the M852 at 300 meters, and a 32% improvement at 600 yds; Marine Corps figures were twenty-eight percent accuracy improvement at 300 m, and 20% at 600yds. The National Guard determined that the M852 provided better bullet groups at 200 and 600 yards under all conditions than did the M118. [FNa1]

One of the theories posited by so many commentators is the extremely large amount of ammunition purchased by the DHS. According to the same legal opinion, it is because trained soldiers are horrible sharpshooters:

Working the math out, that comes to only 7,600 people that DHS wants to kill, using the Korean War numbers. What luck!

However, all of the “sniper” grade ammunition is being used by trained, or in-the-process-of-being-trained snipers.

The same legal opinion found that:

In contrast, United States Army and Marine Corps snipers in the Vietnam War expended 1.3 rounds of ammunition for each claimed and verified kill, at an average range of six hundred yards, or almost twice the three hundred meters cited above for combat engagements by the average soldier. Some verified kills were at ranges in excess of 1000 yards. This represents discrimination and military efficiency of the highest order, as well as minimization of risk to noncombatants. Utilization of a bullet that increases accuracy, such as the MatchKing, would further diminish the risk to noncombatants.

How well does the boat tail ammunition make the sniper? The following are recommendations of the MatchKing ammunition. Another review can be found here.

And this is a further explanation of why boat tail ammunition is used:

The guys did get it right that it is a bullet with a very, very small hollow point and a taper at the end that resembles the stern of a sailboat.

When a bullet flies though the air it needs to pierce the air in front – and at speeds faster than 1080 feet per second they create a vacuum on the end. The vacuum is a force that pulls the bullet in the wrong dircton……. having a boat tail creates a smaller vacuum and the bullet looses speed at a slower rate.

HPBT bullets have a very thin copper jacket. They are not designed for hunting because they radically expand when the hit anything. Send a HPBT into the rear quarter of a deer – it will expand and turn the whole quarter into a black jelly plasma – shell shock meat – totally useless.

In the hands of a skilled marksman – you can use a HPBT for a broadside shot at great distance – works awesome on caribou at 500 yards.

In the hands of military sniper – the design of a HPBT allows them to hit targets beyond the normal 600 yard limit that hunting bullets all have.

One last tidbit. HPBT bullets have a special speed where the perform unusually well – 2850fps – you will notice that nearly all loaded ammo with these bullets from 308 to 50BMG go this speed.

As long as you are aware of what is being purchased, and for what probable reason it may be purchased for, you will not be taken by surprise when it happens.

The DHS needs to have an honest and open conversation with America as to the Department’s intentions with the ammunition. Civilians, i.e. The Public, should have complete oversight of the actions of DHS and the agencies within its purview.

Anything less is a step towards tyranny.